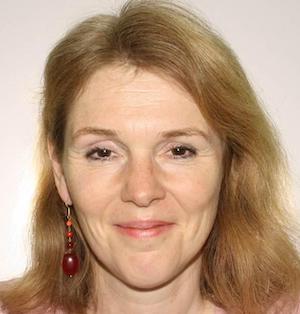 Sinclair (pictured) set up Alchemy earlier this year after being an executive producer at the UK prodco The Forge for three years, where she was behind shows including BBC1 and Masterpiece drama The Miniaturist.

She has previously been responsible for sourcing and acquiring rights to films including Slumdog Millionaire and Salmon Fishing In The Yemen.

Sinclair was also formerly an exec producer at Company Pictures. where she acquired and developed an array of TV projects, and has hired hired Kevin Loader (The Lost Honour of Christopher Jefferies) and Paul Ritchie (McMafia) to help source, develop and produce for her newly launched company.

Sinclair said: “Our aim is to make bold, ambitious and vivid stories in a cinematic way. We hope to bring our passion, expertise and relationships from the film industry to the small screen and already have a diverse, exciting slate of both new and established projects in development.

“We are truly delighted to be working with the wonderful team at ITVS GE whose international panache and vision makes them a fantastic distribution partner for us.”

Ruth Berry, managing director at ITVSGE, added: “Kate and her team at Alchemy Entertainment have the potent combination of the ability to think big and the pedigree to bring those ideas to life.

“We look forward to supporting them and sharing what I’m sure will be exceptional creations with audiences worldwide.”