BBC gets ‘Saved On Camera’ and orders Frankie Boyle series 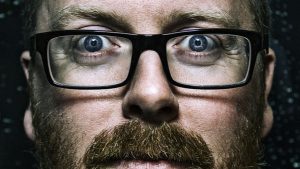 UK-based Back2Back Productions is working with Belfast-based Afro-Mic Productions on a show about heroic real-life moments caught on camera for the BBC, which has also ordered a four-part show featuring comedian Frankie Boyle.

Saved on Camera (15 x 30 minutes) has been commissioned by BBC One Daytime and will explore those behind the heroic actions, with backstories and interviews from those involved. The show will be distributed by Cineflix Rights and will also be available in an 8 x 60 minute version for international audiences.

Commissioning editor for BBC One Daytime is Muslim Alim, while Emma-Rosa Dias exec produces for Afro-Mic with David Notman-Watt, founder and managing director of Back2Back. The latter prodco has also had a third season of deconstruction series Scrap Kings greenlit by Discovery’s Quest in the UK. It will be sold globally by Flame Distribution.

It was commissioned by Patrick Holland, commissioner at BBC Two, and Clare Sillery, head of commissioning for documentaries. Commissioning editor is Hamish Fergusson, while executive producers for Two Rivers are Mick McAvoy and Nicky Waltham.

The show follows Boyle, who has previously fronted BBC Two shows including Frankie Boyle’s New World Order (pictured), as he goes on tour around Scotland and attempts to find out more about his home country and those living there.