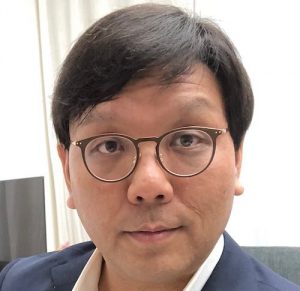 Entertainment One (eOne) is expanding its footprint in Asia with the appointment of a former sales executive from Legendary Television.

Alex Oe becomes director of sales for Japan, Korea and Pan-Asia at eOne’s international distribution arm, based out of Seoul and reporting into Joyce Yeung, eOne’s exec VP of sales for APAC.

Oe will be responsible for sales of eOne’s film and television slate across all linear and non-linear OTT platforms in his territories.

He was previously VP of Asia distribution for Legendary Television where he was responsible for the television and digital sales of titles such as The Expanse, Dead Rising and Colony.

Prior to that, Oe was sales and acquisitions director for Korean giant CJ E&M Corporation, overseeing worldwide programme and format sales including Grandpas Over Flowers, which became the first Korean non-scripted format sale to a US major network when NBC remade it as Better Late Than Never.

Yeung described the timing of the appointment as “perfect” following the company’s deal in January that saw it remake Designated Survivor in Korea for CJ’s tvN network.

Yeung added that Oe’s “extensive sales experience in both finished programs and format/coproduction across Asia and worldwide will no doubt drive further growth to our business in Japan, Korea and Pan-Asia markets.”