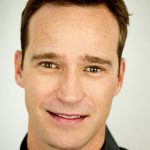 Sony Pictures Television (SPT) has struck a multi-year overall deal with The Price Is Right producer Mike Richards that will see him create gameshows for the US studio.

Under the exclusive agreement, Richards will develop and produce gameshows for network, cable and streaming platforms, starting from September.

Richards has been executive producer of The Price Is Right on US network CBS for 11 years and is also behind Let’s Make a Deal for the same broadcaster.

He also worked with The Price is Right producer, Fremantle North America, to create new shows via his Empire Avenue banner, and before that hosted shows including Beauty and the Geek, Divided, and The Pyramid.

Mike Hopkins, chairman at SPT, described Richards as an “extraordinarily talented and versatile producer” who “reinforces our strong commitment to growing our game show business.”

SPT has previously struck deals with producers such as Harry Friedman, who produces Jeopardy! and Wheel of Fortune in the US, and also sells quizshow format Who Wants To Be A Millionaire? globally.

Richards added: “My focus has always been to create content that makes the world a better and happier place and I look forward to working with Mike Hopkins and the entire Sony team to create new shows that entertain and inspire.”