Show of the week: ‘The Curse Of The Vologne’ 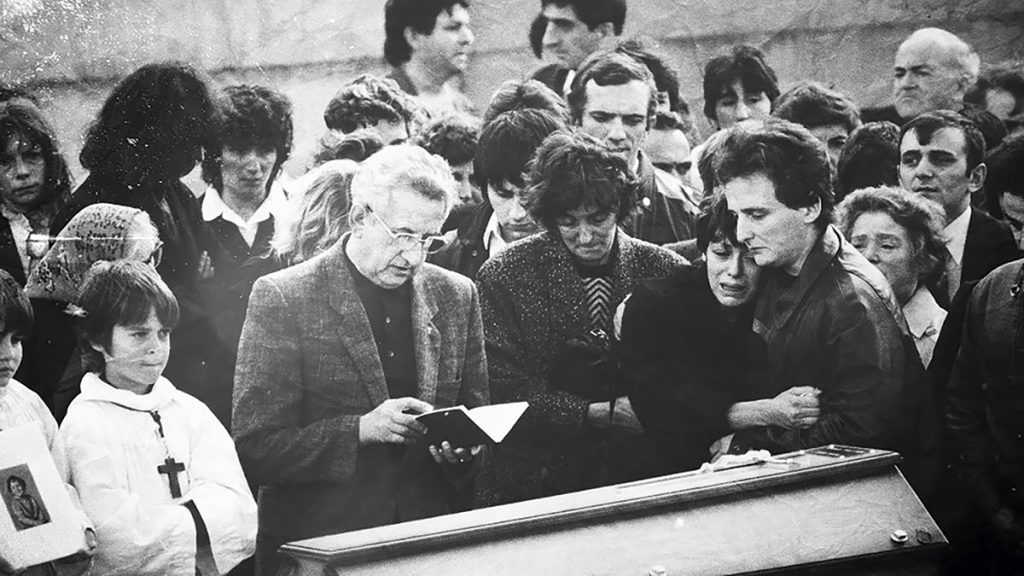 Documentary series The Curse Of The Vologne (4 x 45 minutes) centres on one of the most high-profile, shocking and unsolved murders in recent French history.

In October 1984, the body of four-year-old Grégory Villemin was dragged from the Vologne River in remote Eastern France, his wrists and ankles bound in the manner of a barbaric, pagan sacrifice.

The next day, an anonymous poison-pen letter sent to the boy’s parents claimed responsibility for the murder. The writer of that letter became known as ‘The Raven’ – and had threatened Gregory’s parents for three years.

‘L’Affaire Grégory’ has rumbled on ever since, revealing a sprawling family driven by jealousy and secrets. Gregory’s mourning father, seeking justice, killed his cousin in an attempt to avenge the loss of his son. His mother was accused of murdering the cousin and jailed for the crime.

When new family suspects were arrested in the summer of 2016, along with the suicide of judge Jean-Michel Lambert, who always proclaimed the mother was the murderer, the unresolved story hit headlines again.

“We decided it was time to make a series about the case,” says director Pierre Hurel, who describes the production as ‘a long and winding road’.

However, the locals in Vologne Valley did not want to talk about the mystery that has ruined the reputation of their area. “Some residents are quick to grab their hunting guns as soon as they see journalists or cameras coming,” says Hurel.

So the production team began studying the thousands of legal documents compiled by the four judges who worked across the case. They then visited Vologne Valley armed with all the background information.

“When we met with locals, we discovered there were many facts about the case that they were not aware of,” says Hurel.

“Step by step, we became immersed in this rural community and built relationships with the locals, until many of those involved in the case – including a key witness, Murielle Bolle, potentially the only surviving witness who knows the truth – came to speak to us.”

Red Arrow Studios International’s EVP of acquisitions and content investment Alex Fraser says The Curse Of The Vologne has the depth, quality and compelling elements that match the best of recent SVOD true crime content, such as Making A Murderer, while the 4 x 45-minute format gives the complex story room to unfold while fitting into linear broadcast schedules.

Tim Gerhartz, SVP of global sales for Red Arrow Studios International, expects it to travel well given the popularity of true crime content, the gravitas and complexity of the case and the pedigree of the producers and filmmakers.

“In the past, true crime documentary series have mainly found a home on genre-specific channels such as A&E’s History Channel. However, we are increasingly seeing a much wider audience for true crime content, including free-to-air linear broadcasters.”