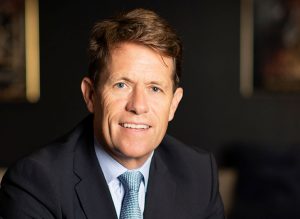 Blair will continue to be based in London, responsible for the licensing of all programming from Warner Bros., HBO and Turner, including films, TV series, animation, documentaries and digital content.  Blair will also oversee sales teams based in 12 offices globally.

Blair has worked at Warner Bros. for 21 years, and was previously EVP of Warner Bros. International Television Distribution, a post he was promoted to in 2017 when he took responsibility for all international television sales.  Before that he was responsible for Europe, Middle East & Africa.

“Robert’s smart, strategic and keen business acumen have contributed to make him an invaluable member of our international television business,” said president of Warner Bros. Worldwide Television Distribution, Jeffrey R. Schlesinger.  “He has played a vital role during a time of great disruption and evolution for our industry and will continue to play an even more vital role as we integrate HBO and Turner product into our distribution activities.  This is truly a well-deserved promotion.”

Blair added: “As our business continues to evolve, leading the team bringing the quality programming of these three great suppliers to the international television market is very exciting.”