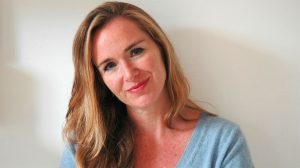 ITV’s head of comedy has said she will no longer commission comedy shows with all-male writers’ rooms.

Speaking at the Diverse Media Festival in Bradford, Saskia Schuster says she has taken action after realising that “an awful lot of my comedy entertainment shows are made up of all-male writing teams”.

“Too often the writing room is not sensitively run. It can be aggressive and slightly bullying,” said Schuster, in comments reported by the BBC.

She has now changed ITV’s contracts, and female writers have been hired to join shows like ITV2’s Celebability. “I won’t commission anything with an all-male writing team.”

Schuster added that there has been “a significant lack of shows written by women or with women on the writing teams.”

Schuster said that for every script she received from a female writer, she got five from men. Schuster has also launched a scheme called Comedy 50:50 to encourage more female comedy writers.