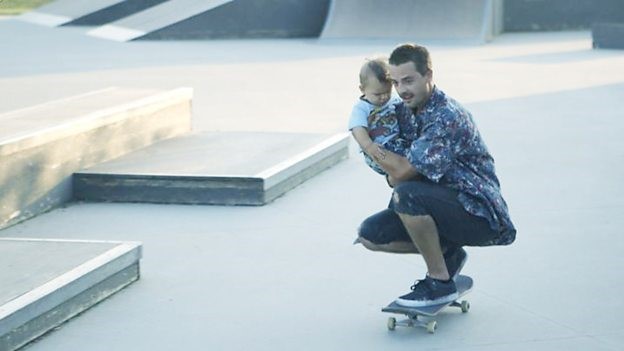 Storyville, the BBC’s international documentary strand, has used this month’s Sheffield Doc/Fest to unveil its latest slate and a new look.

Commissioning editor Mandy Chang also said that BBC Storyville will, for the first time, be bringing films to the youth skewing BBC Three alongside its usual home on BBC Four. 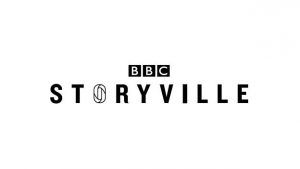 The previous logo for Storyville, which has been in place for around decade, has been replaced by a contemporary logo that Chang said will work across both BBC Three and BBC Four.

Chang said: “BBC Four continues to be a brilliant channel partner, broadcasting fearless films with the power to provoke, shock, surprise and engage us emotionally…BBC Three is an opportunity to broaden the range of subjects and documentaries we are able to bring to the screen with authentic, relatable stories from beyond the UK to a younger and more diverse audience.”

Storyville on BBC Three will launch with three films. They include Bing Liu’s Minding The Gap (pictured above), an Oscar-nominated documentary which follows three young skateboarding friends from the US Rust Belt as they face the difficulties of growing up in a deprived town.

Kate Nash: Underestimate The Girl is a film directed by Amy Goldstein about British singer-songwriter Kate Nash, and follows her journey over several years as she struggles to remain creatively independent whilst still being able to pay the rent.

The third film for BBC Three is Roll Red Roll, Nancy Schwartzman’s true-crime thriller produced by Sunset Park Pictures that looks into a high-school sexual assault at a pre-season football party of a teenage girl.

Later this year, BBC Four will be showing a mini-season of Storyville films that focus on corruption. Jennifer Deschamps’ Inside Lehman Brothers: The Whistle Blowers; Mongoose Films’ On The President’s Orders, about President Duterte’s campaign against drug dealers and addicts in the Philippines; and directors Sam Hobkinson and Havana Marking’s The PM, The Playboy And The Wolf Of Wall Street, about how a Malaysian wealth fund looted US$3.5 billion.

Additionally, BBC Four will show the following films: One Child Nation, a Sundance Grand Jury Prize Documentary-winner about China’s One-Child Policy; Alex Holmes’ Maiden, the story of how Tracy Edwards, a 24 year-old charter boat cook, became the skipper of the first ever all-female crew to enter the Whitbread Round the World Race in 1989; and Cold Case Hammarskjöld an investigation by Danish director Mads Brügger, attempting to solve the mysterious death of Secretary-General of the United Nations, Dag Hammarskjöld.