Brighton-based Factory Films has won two commissions from BBC Four that focus on the world of Latin American music. 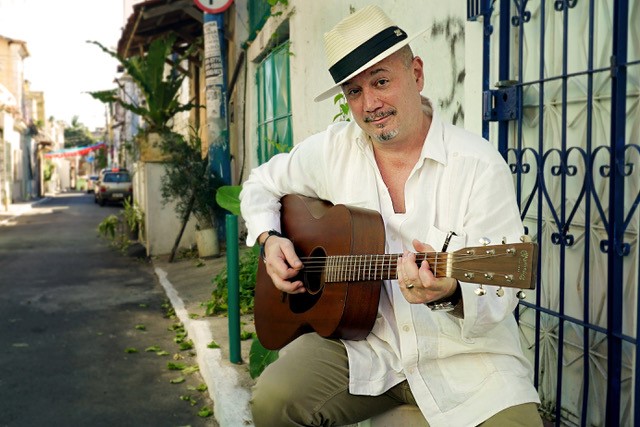 In Huey Morgan’s Latin Music (3×60-mins), BBC Radio 6 Music DJ and Fun Lovin’ Criminals frontman Huey Morgan immerses himself in the sounds and diverse cultures of Puerto Rico, Brazil and Cuba – meeting a host of Latin legends and new voices along the way.

A second and accompanying 3×30 commission, In Session With, will feature live sessions with musicians from Puerto Rico, Brazil and Cuba.

Aaronovitch is currently working on the adaption of the first novel. He will also serve as an executive producer on the series alongside Nick Frost, Simon Pegg and Stolen Picture CEO, Miles Ketley.

Rivers of London was first published in 2011, and has spawned a popular graphic novel series.

The crime/supernatural crossover follows the adventures of Peter Grant, a young mixed race police officer who, following an encounter with a ghost finds himself working for The Folly, a secret Scotland Yard department that deals with supernatural crime.

Sony has a minority stake in Stolen Pictures, and a deal to distribute its projects. Stolen was founded in 2107.

Set just after the fall of the Iron Curtain, the story follows Johnny Porter’s attempt to infiltrate the most secret research facility in Russia – a laboratory buried deep underground, a place nobody has ever left alive.

Moonage Pictures was founded by former Tiger Aspect and BBC execs Will Gould, Matthew Read and Frith Tiplady in 2018. Its first production, Curfew, launched on Sky One in February. BBC Studios acquired a stake in the company in May 2018.

Read said: “Lionel Davidson’s sensational novel has been at the top of my wish-list to adapt for a very long time. It has all the flair of Tinker Tailor Soldier Spy, combined with the awe of The Revenant, and in Johnny Porter it has that same elemental will to survive at its core. It’s a breath-taking adventure, and it demands the time and the ambition that only long form TV today can offer.”