Driven by a high volume of content – 4,873 hours in all – produced in 2017, the French TV market is moving fast: trying to preserve its cultural cachet and regulatory requirements while adapting to new challenges introduced by international and OTT players. Pascale Paoli-Lebailly reports

Fantasy TV series Apnea has been sold to Amazon France

From an international point of view, the growing number of French programmes finding their way onto global channels and digital platforms is a reflection of the dynamism of the French TV industry.

Though France still imports more entertainment formats than it exports via original IP, the record-breaking 2017 export figures released in September by TVFI – the association of French TV programme exporters – confirmed the creative impact France has had on the international market.

The €325m ($368m) in total export revenues from sales, presales and co-productions achieved in 2017 – the second-best performance in the past 20 years – came not only from sales in Europe but also from a notable 16% increase in acquisitions in the US and Canada.

Indeed, the timing is perfect to celebrate French diversity on the international content scene – all of which is inextricably linked to the strong TV and OTT revolution that is underway.

Are Canal+ Séries and Salto too late?

When Canal+ Group launched its OTT service Canal+ Séries in March with a monthly price of €6.99 ($8), CEO Maxime Saada was cautious to stress that the initiative was not intended to compete with the likes of Netflix and US platforms, but was rather an answer to piracy that deprives the group of around 500,000 subscribers.

Unlike Netflix, which has passed 5m subscribers in France thanks in part to a vast content library, Canal+ Séries is betting on quality over quantity.

The service has launched with 150 TV series – of which 80-90% are exclusive – and 5,000 episodes. The lineup mixes Canal+ originals such as Spiral, Hippocrate, Versailles and the Romain Duris-starring Vernon Subutex, which will open the Cannes Series festival, with exclusive international co-productions and series including Gomorrah, Killing Eve and The Affair.

The service also adds cult series such as 24, Twin Peaks and Dexter after striking deals with Showtime, FX and Warner Bros., as well as productions from new local outfit Studiocanal Original, with its French-language adaptation of BBC Three’s Fleabag, Mouche, which is co-produced with Banijay.

“The real answer to Netflix is Canal+ and OTT service myCanal, which registers 13m unique visitors each month, up 30% over the year. Our strength comes from our mainstream [shows] and singular model,” says Saada.

Elsewhere, when TF1 CEO Gilles Pélisson says to financial analysts that “TF1 doesn’t fear Netflix”, it’s largely because its production and distribution subsidiary Newen – which has stakes in Dutch prodco Tuvalu as well as Danish outfit Nimbus and Flemish prodco De Mensen – has many opportunities to produce for Netflix.

“Those platforms need content and we even recently pitched to Apple,” says Pélisson, highlighting that it is also working with others.

“Netflix is an opportunity model,” adds the TF1 boss, whose group’s multi-channel strategy revolves around DTT channels such as female-skewing TMC – not only its main commercial network. In the 2019-2020 period, TF1’s content spend will be raised to €990m ($1.1bn).

At the same time, while commercial broadcaster M6 refocuses its strategy on TV channels and content – pushing towards next summer’s acquisition of Lagardère Active’s TV assets, including kids channels Gulli, Canal J and TiJi – public-service broadcaster France Télévisions is looking to “revamp its model” and rethink its own editorial offerings.

Under president Delphine Ernotte-Cunci the business is looking to transform its linear channel approach into a digital-first strategy.

“Our objective is to rethink our editorial offerings on all devices,” the business recently told staff in a company-wide memo. Catch-up service France.tv is to become the main entry point for the group’s video offerings and digital programmes, alongside the franceinfo news service.

On the back of next year’s online migration of kids channels and channels France 4 and France Ô, France Télévisions will also launch a free on-demand kids offering.

In parallel, the network’s editorial policies are to be revamped, opened up to millennial-targeting originals and to new formats across fiction, docs and entertainment. This year, France Télévisions is pouring €420m ($475m) into originals and its digital budget amounts to €117m ($132m).

The group, which is looking for more exclusive content, has already launched youth-skewing platform francetv slash, eyeing the 18-30s.

Skam France (GTV Production, AT-Production), the French adaptation of Nordic series Skam, is one of its hit shows, amassing 15m views across the first six episodes of series three.

On the digital front, the broadcaster is also developing Salto, a joint VOD and SVOD service with M6 and TF1, set to debut at the end of the year as part of Ernotte-Cunci’s ambition to build a “French content champion”.

“We do not want viewers to turn to Netflix to watch something that has been majority co-financed by France Télévisions,” he said.

After critically hailed series Call My Agent (Mediawan) was sold to the US platform for a second window, Ernotte-Cunci made a deal with the producers to get longer exclusive multi-platform rights and also pulled full-length episodes from YouTube. 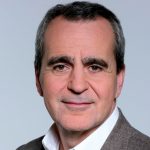 Drama is also a key asset for TF1. The broadcaster is investing €150m ($170m) into local production, and has launched soap Demain Nous Appartient (Telsète, Newen) rivalling France 3 and France 2. It will also offer 15 new French titles over this season, including a remake by Endemol Shine France of UK series The Fall; Mediawan’s Les Bracelets Rouge, an adaptation of Spanish format Polseres Vermelles; and Beaubourg Stories’ police series Balthazar. TF1 has also acquired the rights to BBC’s The War Of The Worlds, though it is just one of the few international series it has acquired.

Similarly, last September, M6 also revealed it would not schedule as many US series, in order to concentrate on local production.

Ultimately, the tough competition for drama, numerous commissions from broadcasters and platforms and the need to consolidate libraries and rights all have an impact on the French independent production sector, which, at the same time, has also been shaken up by Mediawan’s rapid growth in France and across Europe.

The group, run by Pierre-Antoine Capton, Xavier Niel and Matthieu Pigasse, already owns companies such as AB, Storia Television and Makever, and is now the first drama producers in France with more than 67 hours produced over the 2017-2018 season.

Newen comes in second position with 66 hours, while third place (45 hours) is held by Lagardère Studios, currently on sale.

Mediawan is among the groups eyeing an acquisition. After having taken a majority stake in Italy’s Palomar Production, the group is also close to buying Septembre Production, which produces La Mante for TF1.

Meanwhile, with a €1bn ($1.1bn) turnover, Stéphane Courbit’s Banijay – which has renewed sale talks with Endemol Shine Group – is still looking to become a world champion.

“Drama is not our core business. What we’re looking to do is strengthen territory by territory to get into pole position,” explained Banijay France CEO François de Brugada at MIPCOM.

The exec will again hit the stage in Cannes alongside Banijay bosses Courbit and Marco Bassetti.

Because of the competition, we must remain watchful, imaginative, offensive and creative, also getting involved in marketing to make a buzz and help content emerge. Emmanuelle Bouilhaguet, Lagardère Studios Distribution

“The distribution business has changed, and to secure a catalogue we often invest earlier and earlier into a programme and even at script stage, which is quite new for fiction,” says Emmanuelle Bouilhaguet, managing director at Lagardère Studios Distribution.

“The distributor takes part in the value chain, taking more risk, and is even involved in co-development. Because of the competition, we must remain watchful, imaginative, offensive and creative, also getting involved in marketing to make a buzz and help content emerge”.

As one strong drama is no longer enough, distributors have become more selective, either with originality or casting.

“There is no place for mid-quality series – content must have good stories, be original and unique,” says Jean-Michel Ciszewski, head of international sales and co-productions at Federation Entertainment.

Being dynamic and breaking through with both French and international TV series is also what Emmanuelle Guilbart and Laurent Boissel are looking for in order to accelerate the growth of About Premium Content.

They have raised the number of co-productions, either by commissioning projects themselves or by investing at a very early stage. They have also boosted their catalogue of English-language dramas.

“APC first started as a distributor and built itself on Euro-local series such as Movistar+’s Gigantes, KPN’s Fenix and S4C and the BBC’s Keeping Faith,” says Guilbart.

“We’ve now entered a development and production phase, with the aim of developing a very competitive market of English-speaking dramas.”

APC – whose new shareholders, Alliance Entreprendre, a subsidiary of Natixis, gives additional financial means – currently has 10 projects, around two-thirds of which are English-language. 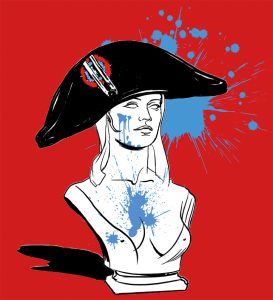 At MIPTV it will launch Canadian procedural The Murders (8 x 45 minutes, Muse Entertainment) and series two of Gigantes. APC, which set up prodco Zéphyr Animation last year, is also active in animation as well as docs, which account for 15% of its revenues. Its two-hour doc French Loving-French Bashing (O2B, Canal+), about how France is seen around the world, will premiere at MIPDoc.

As the French government looks to roll out an audiovisual reform next June, with the aim of modernising the broadcast, production and distribution regulations, the French market is at a crossroads.

“France has numerous TV gems, as shown by annual export figures, but this is also a peculiar moment for the industry,” said government deputy Aurore Bergé.