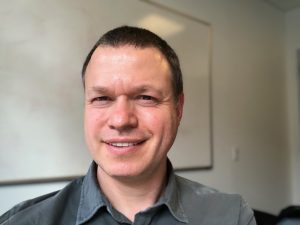 Cineflix Media has signed an exclusive first-look deal with Alexis Robie, the executive producer of the long-running A&E series, The First 48.

With a focus on true crime, justice, and access-driven programming for North American networks, Robie is based in the company’s New York office and will work with the Cineflix Productions teams led by Charles Tremayne.

Cineflix Rights will have the exclusive first-look to distribute Robie’s content.

In addition to The First 48 and its spinoff The First 48 Presents: Homicide Squad Atlanta, Robie’s credits also include The Killer Speaks and The Case that Haunts Me for A&E, The Interrogators for Biography Channel, Carfellas for Discovery Channel, Selling New York for HGTV, and Wife Swap for ABC.

“Alexis’ extensive experience on some of TV’s most popular, long-running unscripted series make him an ideal partner for Cineflix. Working with top producers to develop internationally appealing content is a key aspect of our growth strategy,” said Glen Salzman, co-founder and co-CEO of Cineflix Media.

“Coronet is all about elevated storytelling, unique access, and provocative subjects with a creative process that is tailored to buyers; this is a fantastic opportunity to be able to focus on developing premium content that resonates with audiences worldwide,” added Robie.