Over 7000 WGA members fire their agents 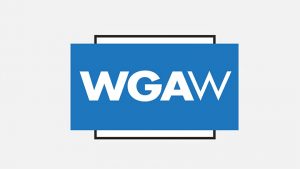 The Writers Guild of America says that over 7,000 members have fired their talent agents, escalating the dispute between the union and the Association of Talent Agents.

The move comes a week after the WGA sued the big four agencies — CAA, UTA, WME and ICM — for allegedly violating state and federal law by charging packaging fees on shows and films that feature their clients.

The WGA wants to scrap packaging fees and growing moves by agencies to operate their own production entities – something the WGA says creates a conflict of interest.

In a memo to its members, the union said it had delivered a first batch of over 7,000 termination letters from WGA members to the non-franchised agencies. In total, the WGA has 8,800 members with an agent.

“We look forward to the day when we are all represented by agencies who have agreed to align their interests with ours; in the meantime, writers will continue working, continue supporting each other, and continue to prove that we can and will make the necessary change happen,” the memo said.

The escalating nature of the dispute mean that many industry figures are increasingly worried that dealmaking will grind to a halt in Hollywood and beyond.

Tags: Association of Talent Agents, The Writers Guild of America