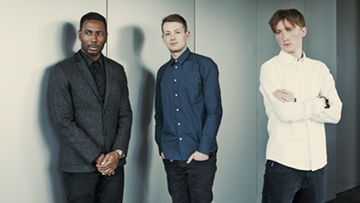 Copwatch America is a high-stakes, controversial dive into the men and women on the front lines fighting police brutality and injustice.

Renowned Films was founded in 2013 and is backed by Critical Content. In 2015, Channel 4 took an equity stake in the company as part of its £20m Growth Fund.

Welch said: “We’re incredibly excited to be working with BET and the Copwatch movement on such an important and powerful series. Copwatch America will be shocking, eye opening, exhilarating, explosive must watch action getting to the core of one of the biggest issues facing America, its police and the communities they serve today.

“Prepare for plenty of confrontation, powerful personal stories, injustices and debate, as we capture the ground-breaking stories of those on both sides of the story in search of truth”

Marisa Levy, VP head of unscripted, BET Networks, added: “BET Networks is committed to bringing important stories of systemic issues of race and justice across our nation to light. We are taking this on in a way no other brand and network can, through platforms like our powerful ‘Finding Justice’ franchise and our upcoming original docu-series Copwatch America.”

“We look forward to partner with acclaimed storytellers Renowned Films and Critical Content and continue to empower our community and focus on activists who use video cameras to protect the rights and in some cases, the lives of African Americans in police encounters.”