In a competitive entertainment landscape that finds channels jostling for the coveted 16-34 demographic, youth-skewing formats are among the toughest to cast – and, as evidenced by recent headlines – the most crucial to get right.

While social media can lift a show from obscurity, one need only cast a cursory glance at Twitter during any episode of ITV2’s Love Island to get a sense of how insidious the platform can be, despite representing just a fraction of the viewing public. If reality TV contestants needed a thick skin in years past, today they need a core of steel.

Fittingly, there is now a heightened duty of care for casting directors and producers shepherding young casts through not only the limelight of broadcast, but also the inevitable period afterwards, when cameras have dispersed and public appearances and TV gigs have dried up, but a contestant’s life is forever changed. Ultimately, if TV professionals once envisioned a natural end to a cast relationship post-finale, they are having to revise such protocols.

The UK’s biggest entertainment format has come under extreme scrutiny in recent weeks following the suicide of 2017 contestant Mike Thalassitis, who was found dead in a London park last month. The 26-year-old’s death came just nine months after the passing of 32-year-old Sophie Gradon, a 2016 contestant who was found dead last summer – her death making headlines in June while the show was pulling in its biggest audiences ever for ITV2.

The two events have prompted widespread criticism of the format, with former contestants lashing out against producers for a lack of consistent aftercare upon leaving the show.

Jonny Mitchell, a 2017 castmate, told Sky News that he received a psychological interview only “within 10 minutes” of exiting the infamous villa, when he “had no idea about public perception”.

“It’s completely irrelevant. They should ask me six months down the line, or even a week. I think the entire way it’s structured needs to change,” he said, calling on producers to provide better aftercare.

The incident also saw the UK’s health secretary Matt Hancock weighing in on duty of care, telling delegates at a health summit that “it is a duty on any organisation putting people in the position of making them famous overnight, that they should also look after them afterwards”.

However, if you ask ITV creative director and Love Island co-creator Richard Cowles about the precautionary measures in place around mental health, he will say that duty of care is taken “incredibly seriously”.

“It’s a priority for us,” he tells TBI in an interview which took place days before Thalassitis’s death.

“We have a whole medical process that includes psychological support and evaluation before, during and after coming on the show, and we’re very open and honest with the Islanders, both before and after the show, about how their lives might change.” 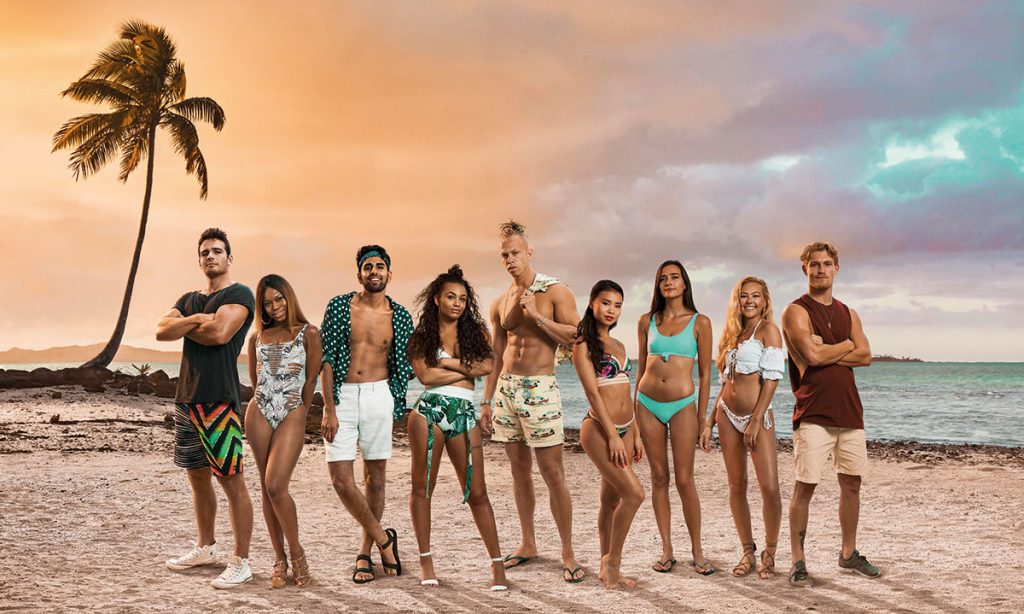 Many cast members who have regular jobs exit the villa to a new normal, with lucrative opportunities as models, presenters and influencers all on offer. Not everyone, however, can turn such breaks into a full-blown career.

Cowles says contestants are warned about the scrutiny placed on the cast and how to manage expectations. “We warn them of the pros and cons,” he says, adding that measures are taken to ensure castmates enter Love Island with “their eyes open”.

However, the exec admits there does come a time when his team needs to move on once a contestant has left the show.

“We always sit down and try and help them get management and representation because, at some point, you have to hand the baton on to other people because they’re not part of the show [anymore] – but that doesn’t mean we ignore them.”

Crucially, Cowles notes that the team is “constantly reviewing those processes with each series because they become more extreme as the series becomes more popular”.
ITV will again review care procedures this year to “make sure all our processes are correct,” says Cowles.

Indeed, days after Thalassitis’s death, the channel vowed to extend “support processes”, offering therapy to all Islanders as well as social media and financial management training for future casts.

“The key focus will be for us to no longer be reliant on the Islanders asking us for support but for us to proactively check in with them on a regular basis,” announced ITV in a statement. 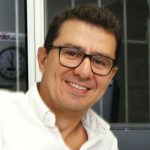 “At some point, you have to hand the baton on to other people because they’re not part of the show anymore”
Richard Cowles, ITV

The UK show last year received 120,000 applications – which are accepted on a rolling basis, until each series comes to an end – and has so far received 75,000 applications for the 2019 programme. A nine-person team has been meeting potential cast members since January, with an “aspirational” group of 40 set to be presented to Cowles, other key execs and the network later this month.

“Love Island is basically teasing up the summer that’s to come, and it’s the summer you wish you could take part in, so we want to populate the villa with people who make viewers feel like they also want to be in there, getting to know them,” says Cowles.

“Aftercare is not an afterthought”

Because Love Island is filmed and broadcast within days, with the cast stripped of smartphones and prohibited from contact with the outside world, they are largely oblivious to real-time reactions online.

This wasn’t the case, however, for E4’s Shipwrecked reboot, which took a group of young castaways to the South Pacific’s Cook Islands for two months last summer, with the finished show stripped across two weeks in February.

Executive producer Neale Simpson explains that “the whole show was in the can, so the cast knows what’s happening and they can see the journey they’re going on.”

While the show does a battery of psychological testing and provides 24/7 counselling during the show, what it has ramped up from previous series of the programme, which last aired in 2012, is an acute awareness of social media.

“We have made sure we are communicating with contestants daily, especially when we know there are big stories coming up, just so we can talk through things with them,” says Simpson, citing a WhatsApp Group with the cast.

“Twitter is a very hostile, dysfunctional place where we put a disproportionate sense of value on the full audience’s reaction to a show,” he explains, noting that of the show’s average consolidated audience of 800,000, less than 0.2% was engaging on Twitter.

“But that’s not what our cast see, so we felt a duty of care to make them understand that Twitter is a toxic place.”

Emma Shearer, head of casting for the Banijay Rights-distributed format, notes that “aftercare is not an afterthought” but rather a “constant part of the casting process”.

“We’re in a fortunate position of power and whenever anyone enters into a programme, we have to be prepared to support them.” 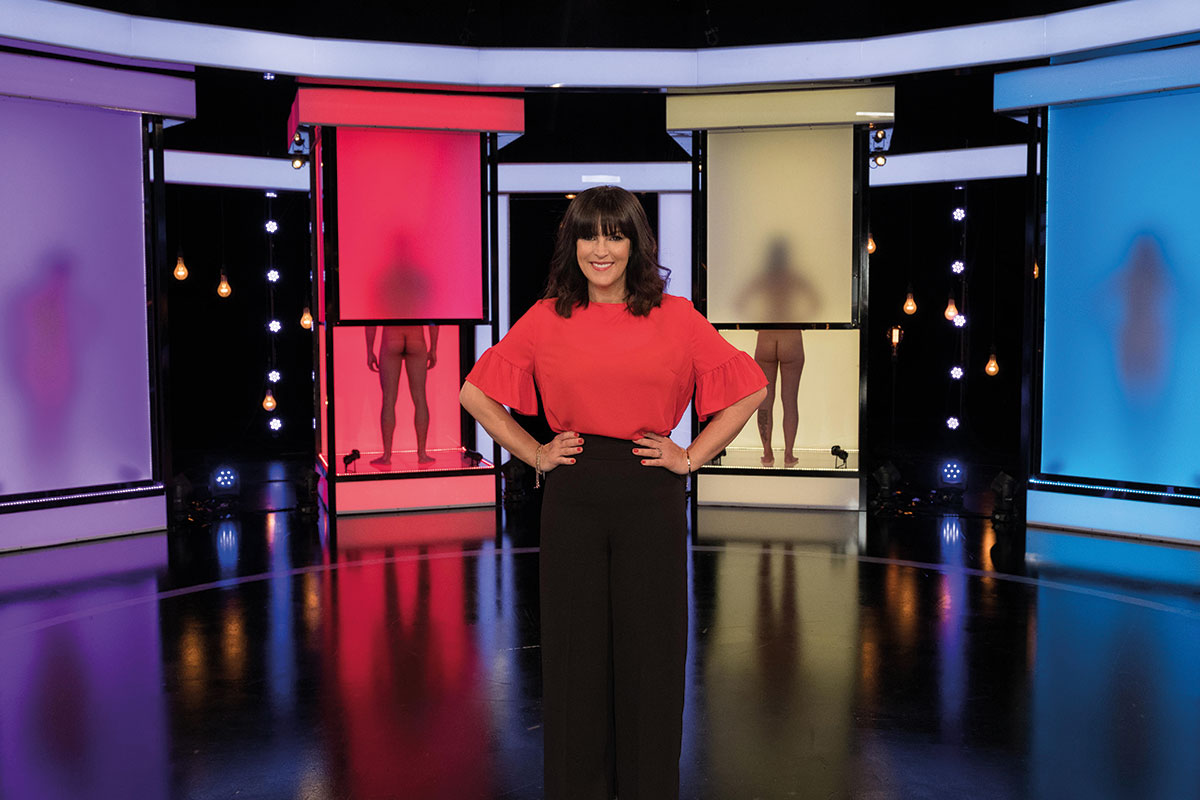 Studio Lambert, producers of Channel 4 dating show Naked Attraction (above), similarly bears a great responsibility with its contestants, who appear on the show fully nude – a task that takes on a different weight when around 85% of the show’s applicants are aged 18-35.

Mike Cotton, deputy creative director at Studio Lambert, explains that the casting process is “lengthy” and includes several background, social media and psychological checks and interviews, many of which are filmed.

“I pride myself on the fact that everyone who takes part in the show comes out having a positive experience.”

Cotton highlights that appropriate safeguards are in place ahead of filming, with contestants provided an “out” until the very end.

“We tell them they may be 20 years old now but in 20 years’ time, a screengrab of the episode can crop up, and are they fully aware of that. They then talk to a psychologist who makes sure they are [mentally] robust and have considered all options,” he says.

“In studio, we also have reserve contestants that they know about, so they can change their minds at any point. Because we do all these things, we haven’t had any issues further down the line.”

Unlike some youth-targeting reality shows, MTV’s elimination-free The Real World features the same group of seven housemates throughout a series, and has consistently covered a range of topics, never shying away from broaching the personal and political.

One of the longest-running unscripted shows in the history of reality television, the show last aired on MTV in 2016 but is being revived on Facebook Watch later this year, produced by Bunim/Murray in association with MTV Studios.

Megan Sleeper, SVP of casting, explains that instead of tiptoeing around mental health, the show embraces these struggles.

“Some young adults do suffer from depression and anxiety and a lot of the times that’s part of their story. Certainly, that does get discussed as part of the casting process,” says Sleeper.

However, she also highlights a robust “risk process” taken to ensure cast members are “in a healthy place” when they do join up, including a background check process and psychological evaluations.

Interestingly, social media is being incorporated into the Facebook Watch programme, with users of the platform getting to vote for the show’s final roommate via a polling function on the site.

“When we took a look at the season being made for Facebook, we wanted to engage the audience and give them the opportunity to let us know what speaks to them and who they want to see. It lets them get their voice heard,” says Sleeper.