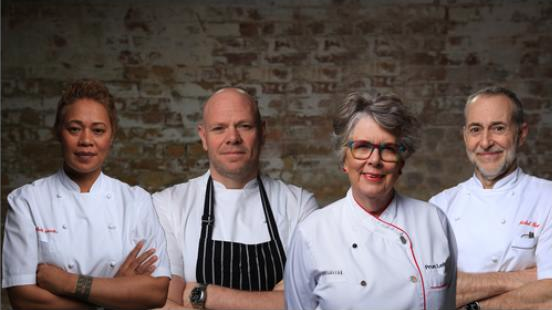 UKTV has teamed up with 20 top UK chefs for My Greatest Dishes, a new original series for pay TV channel Good Food.

Each episode will delve into one chef’s culinary past, as they recreate four recipes from significant moments in their life.

UKTV’s foodie original will TX on Good Food this summer.

The series will be distributed by Endemol Shine.

Hanson said: “My Greatest Dishes has managed to secure a stellar line up with some of the worlds most celebrated chefs in which they share personal stories behind the four dishes that have made them who they are today – it is a food lovers heaven!”

Walker added: “This series provides a real insight into the recipe for success behind some of our most-loved chefs. Sharing life-defining dishes and the special memories that accompany them, our chefs will take viewers on an inspiring journey down memory lane.”

Karen Ross, executive producer and MD at Sidney Street Productions, said: “We’re delighted to be working with such an array of talent for our new series on UKTV. It’s a food lovers’ fantasy to capture great chefs at the height of their brilliance, cooking the food that means the most to them.

“Some dishes you can recreate at home, others you just want to dream along to. My Greatest Dishes is the perfect mix of jaw-dropping food with the extraordinary stories that brought them to life.”