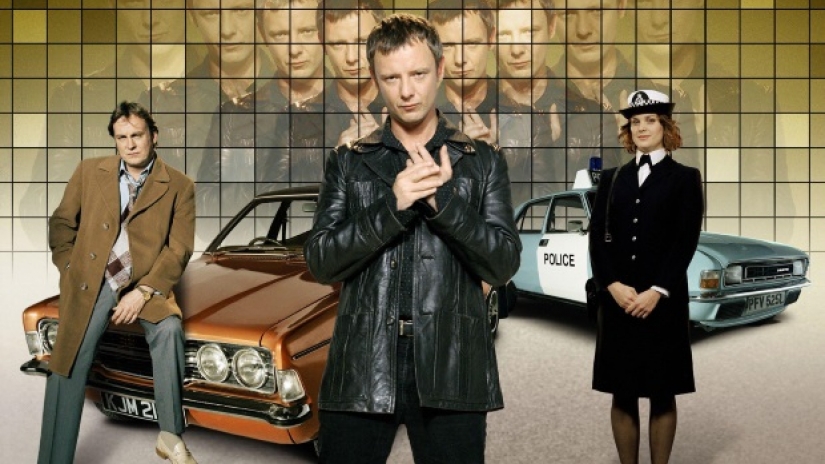 BBC Studios is collaborating with Phoenix Entertainment Group to create a local Mandarin adaptation of the multi award-winning drama, Life on Mars, from Kudos Film & Television.

The deal marks BBC Studios’ first partnership with the Beijing-based production house, which has a reputation for producing high-end dramas for SVOD platforms.

Pre-production on the series will start this year with Phoenix producing 24 episodes of the title, which originally broadcast on BBC One in 2006.

The drama will be based in 1990’s Beijing, a time of economic growth and prosperity. The Chinese version Life on Mars will reflect this remarkable era of change, conflict and challenges.

The original series sees a present-day detective transported mysteriously back in time, after a near-fatal accident.

David Weiland, EVP Asia at BBC Studios said: “I am delighted that our first partnership with Phoenix Entertainment Group is Life on Mars which ranks as one of the best dramas to come out of the UK and is a great example of the breadth and wealth of our scripted formats catalogue.

“We have a huge range of high quality scripted titles from Doctor Foster and Luther to Thirteen and In The Club, shows that would captivate Chinese audiences. I look forward to viewers enjoying this local version of Life on Mars as they go back 30 years in time.”

Bihai Wu, VP and general manager at Phoenix added: “Following the huge success of our hit drama, Day and Night, developed and produced by Phoenix Entertainment Group for Youku, we have been carefully considering other shows that could meet the criteria of high quality and consistency with our slate and brand.

“Life on Mars drew our interest because of its originality and superb story telling. BBC Studios offers a great range of dramas that match our ambitions to produce captivating, first-class dramas for the fast growing Chinese SVOD market and their discerning audiences.”

BBC Studios has sold the format for Mistresses, an Ecosse Films Production, to Japan’s NHK Enterprises.

Mistresses is the first format sale by BBC Studios to NHK Japan and is the fifth format deal for the title, following USA, Russia, Slovakia and South Korea.

The ten-episode series is set to premiere on 19 April in premium drama slot, Drama10, on NHK General.

The original Mistresses series was produced by Ecosse Films for BBC and BBC America and first aired on BBC One in 2008, starring Sarah Parish (W1A, Broadchurch), Sharon Small (Law & Order: UK, Trust Me), Shelley Conn (Death in Paradise, Liar) and Orla Brady (Collateral, Into the Badlands).

Takahisa Goto, executive producer at NHK Enterprises said: “We are excited to reproduce the successful British drama Mistresses as a locally relevant version to bring to Japanese audiences and hope to achieve strong audience engagement with the series. We are thrilled to be working together with BBC Studios on this Japanese-British cultural exchange opportunity.”

Geo Lee, SVP and GM of North East Asia, BBC Studios, added: “The growing popularity of British drama in the region has sparked a trend for scripted formats and BBC Studios’ scripted catalogue is meeting their demands for high quality, relatable dramas.” He added, “We are proud to be working with NHK Enterprises, who have secured an amazing cast for their scripted format production, and we look forward to its premiere in April 2019.”