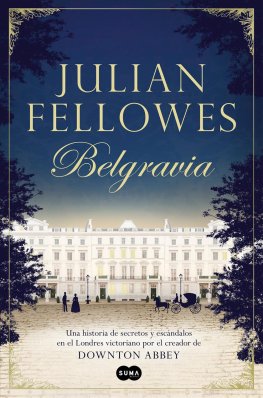 NBCUniversal-backed Carnival Films, the makers of Downton Abbey, are to produce the period drama.

Published in 2016, Belgravia is set in the 1840s and follows the social mixing of established London elite with emerging industrial nouveau riche.

The story begins on the eve of the Battle of Waterloo in 1815, where a family’s life is forever altered at a Belgravia ball.

Fellowes said in 2017 that he hoped to adapt the novel, which was released weekly in app and audio format and eventually as a complete novel, into a four-part series for television.

He is currently at work on New York-set period drama The Gilded Age for NBC. The project, which is set in the 1880s, is currently listed as in pre-production for the US broadcaster.

Produced by Unviersal Television, Fellowes is an EP on that project, alongside Carnival Films boss Gareth Neame.

The Belgravia commission was first reported by Deadline.