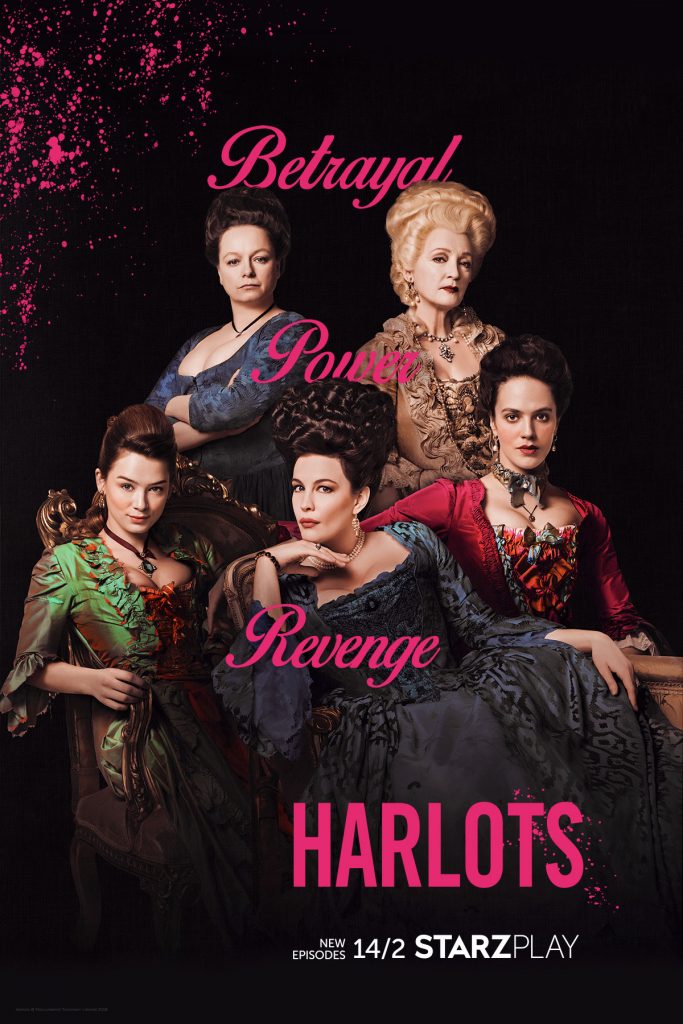 Lionsgate’s Starzplay SVOD has swooped in to air Hulu drama Harlots in the UK.

The 8 x 60-minute second series of the Monumental Television-produced period drama, which is distributed by ITV Studios Global Entertainment, is to debut on the SVOD, which is available via Amazon Channels and Virgin Media.

The new series will launch on 14 February. Series one will be added to the platform on 18 January.

The drama was originally a co-production between Hulu and UK drama channel ITV Encore, but a UK partner for the show has been up in the air since the latter channel was shuttered in May 2018. Over in the US, Hulu has already ordered a third series.

Starzplay launched on Amazon Channels last year, and debuted on Virgin Media – which is available to customers as an add-on service, priced at £4.99 (US$6.50) per month – in late November.

The service gives subscribers access to series such as Mr. Mercedes and The Royals, along with originals launched day-and-date with the US, such as Counterpart and Sweetbitter.