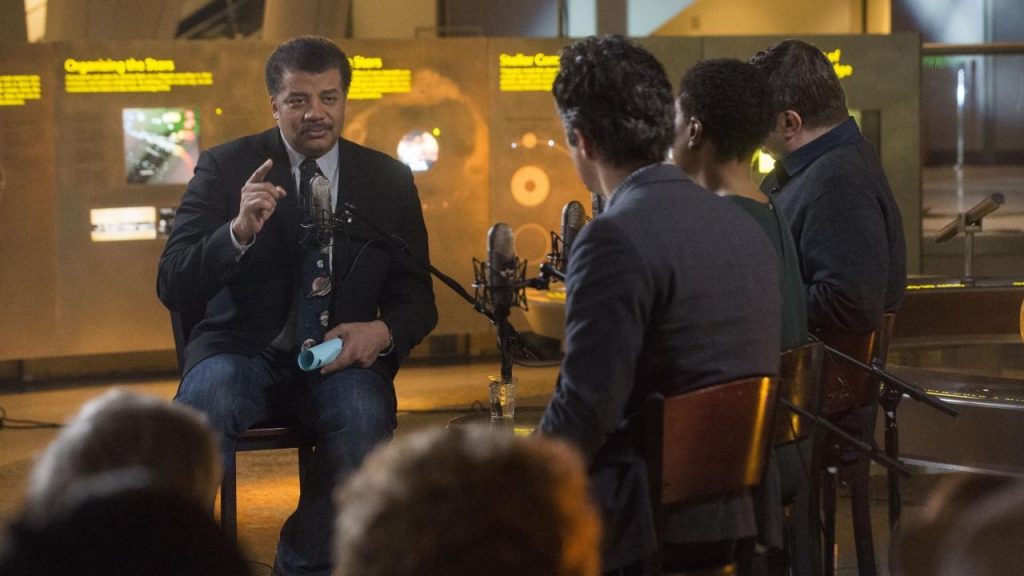 The Fox-owned cable channel – which will soon be acquired by Disney – has not yet cancelled the programme but has said it is keeping the show “on hiatus” as Fox Networks Group launches an investigation over the coming weeks.

StarTalk, which finds Tyson discussing science and technology with comedians and celebrities such as Big Bang Theory actor Simon Helberg and UFC commentator Joe Rogan, returned for its fifth, 20-episode series in November. It aired only three episodes when allegations against Tyson came about later that month, with Bucknell University’s Dr. Katelyn N. Allers claiming that Tyson groped her at a 2009 American Astronomical Society event.

Meanwhile, Tyson’s former assistant, Ashley Watson, also came forward, alleging that the presenter made a number of inappropriate sexual advances towards her.

Musician Tchiya Amet also spoke publicly against Tyson in early 2016, alleging that he had drugged and raped her in the early 1980s when they were both graduate students at the University of Texas Austin.

StarTalk’s disappearance from the schedule comes as Nat Geo readies the next series of Tyson’s vaunted Cosmos programme, which is set to air on both Fox and Nat Geo domestically, and across Nat Geo’s international channels on 4 March.

The new series comes five years after the initial Cosmos – a reboot of the 1980 doc series that became a runaway hit for Nat Geo.

Tyson narrates the programme, and appears on-screen throughout, making it difficult for the channel to replace him, if it becomes necessary.

Nat Geo and Fox released a joint statement in November 2018 when new allegations emerged against Tyson: “We have only just become aware of the recent allegations regarding Neil deGrasse Tyson. We take these matters very seriously and we are reviewing the recent reports.”

On his Facebook page, Tyson posted a lengthy note on 1 December titled “On Being Accused”, where he details his account of each incident. He wrote at the time: “In any claim, evidence matters. Evidence always matters. But what happens when it’s just one person’s word against another’s, and the stories don’t agree? That’s when people tend to pass judgment on who is more credible than whom. And that’s when an impartial investigation can best serve the truth – and would have my full cooperation to do so.”

The news was first reported by Variety.