Sky One links with Expectation for David Schwimmer comedy 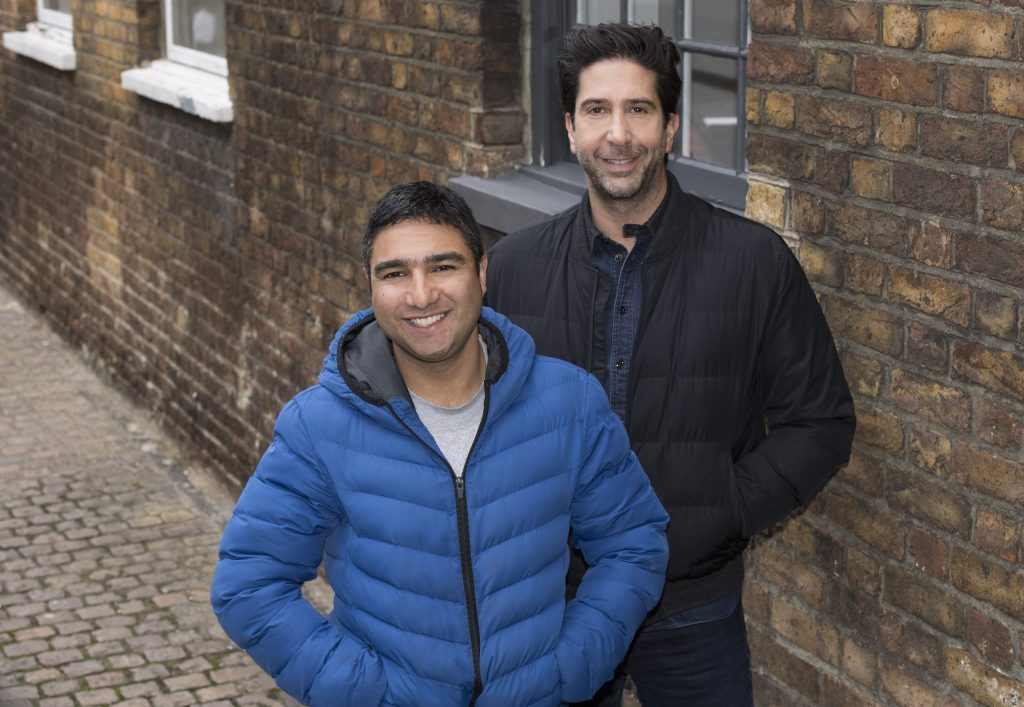 Schwimmer is to star and exec produce the show, which is a co-production with Dark Harbor Stories, alongside British co-star, writer and exec producer Nick Mohammed (The Martian; pictured, left).

The series is a workplace comedy based in Cheltenham and set in the UK’s government communications HQ. It follows a power-hungry national security agent (Schwimmer) who joins an inept computer analyst (Mohammed) to tackle cyber-crime.

The programme was commissioned by Sky One head of comedy Jon Mountague, and Zai Bennett, director of programming for Sky Entertainment UK and Ireland. Commissioning editor is Morwenna Gordon.

Executive producer on the show is Nerys Evans for Expectation.

Intelligence will be internationally distributed by Sky Vision.

Evans, creative director of comedy for Expectation, said: “Even though the stakes are really high for the team, fighting cyber-crime, our six-part comedy series reveals the reality is not dissimilar to any other office environment, from temperamental photocopiers to meeting rooms being double-booked.

“David Schwimmer and Nick Mohammed have a fantastic ‘odd couple’ chemistry and the scripts are brilliantly funny. We can’t wait to see the world of Intelligence come to life.”

Mountague added: “Nick Mohammed has written a brilliantly funny comedy series in Intelligence. David and Nick are hilarious together and so perfectly represent the special relationship between our two great nations. I can’t wait.”

Mohammed said: “Getting to work with David has been an absolute dream come true. He’s collaborative, honest and exquisitely funny and I couldn’t be more delighted and flattered by his involvement. On saying that, we did initially offer the part to the local shoplifter from Blackpool, but he wasn’t available sadly.”

Schwimmer said: “I have no idea what this show is about but if it’s called Intelligence, naturally I’m going to be part of it.”