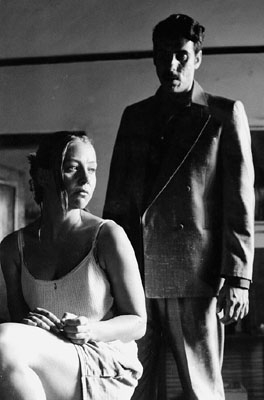 Set against the tropical coastline and vast sugarcane field of KwaZulu Natal, the story follows the life of Reyka Gama, a flawed but brilliant female detective, who is haunted by her past.

The story begins 1994, the end of apartheid and the dawning of a new South Africa. Reyka, the 11 year-old daughter of African and British parents is abducted. Having escaped her tormentor, she now lives her life as a mother and investigative detective.

Reyka is created by screenwriter and showrunner Rohan Dickson, the only South African nominated for a Palm d’Or Award in screenwriting for his film Husk (pictured). UK-based Jake Riddell (Death in Paradise) joins Dickson as story consultant and writer.

The series will be jointly produced by Serena Cullen for Serena Cullen Productions in the UK (Lady Chatterley’s Lover, Cold Feet) and Harriet Gavshon for Emmy-nominated Quizzical Pictures in South Africa.

Executive Producers are Cullen, Gavshon and Dickson. Jan du Plessis will executive produce for M-Net and Sarah Doole for Fremantle.

Rekya will be distributed globally by Fremantle.

Doole, director of global drama at Fremantle, said: “We are proud to partner with MultiChoice Group for our first South African drama. A compelling story,Reyka brings modern day South Africa and its rainbow nation of different communities and cultures to the global stage.

“Reyka is a very distinctive lead and watching her complex life unfold in this diverse landscape adds a new dimension to the crime drama genre.”

Yolisa Phahle, CEO of general entertainment at the MultiChoice Group, added: “This partnership with Fremantle is the perfect way to shine the spotlight on the African film and television industry and provides compelling new stories for global audiences beyond African shores.”