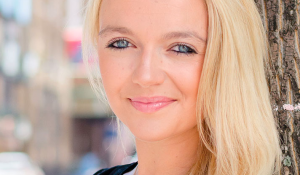 Dollman joins Colin Barr and Amy Flanagan’s factual team from Maverick TV, where as head of development for three years she was responsible for titles such as Inside the Ritz for ITV and Escape for Channel 4.

The exec’s production experience includes working on a broad range of programs such as The Apprentice,The Voice, The Audience and The Young Ones.

Expectation Factual’s recent productions include Trans Kids: It’s Time to Talk, which broadcast on Channel 4 this week; Superkids: Breaking Away from Care and The Brigade, which was recently announced and is in production alongside an eight-part factual series Murder.

In 2018, Expectation Factual also released the three-part series Travels in Trumpland with Ed Balls on BBC Two and Reggie Yates: Searching for Grenfell’s Lost Lives, which is also on BBC Two.

Expectation Factual creative director Colin Barr said: “Emily has all the cross genre instincts and abilities that a company like Expectation needs. She’s as comfortable with concept as she is editorial and her energy and ambition are the perfect fit. We’re lucky to have her.”

Dollman added: “I am incredibly excited by the opportunity to be working with such amazingly talented people as Colin, Amy, Peter and Tim and the rest of the Expectation team. I am really looking forward to creating a slate of bold and exciting factual formats.”