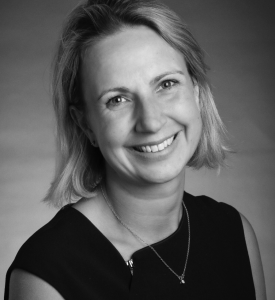 As production funding from broadcasters continues to lag behind production costs, and production companies increasingly find themselves with deficits, Argonon’s chief operating officer Laura Bessell breaks down the top five things every producer needs to know about distributor-led commissioning.

As producers look for innovative ways of funding, working with multiple broadcasters at the same time has become essential to surviving. Within Argonon, Windfall Films has followed this model since 1991, allowing them to make high-end specialist factual programs at reduced tariffs for individual broadcasters. Since those early days, the industry has advanced even further, and we’ve now welcomed the move for distributors to fully fund, and to work with them to increase our output.

Argonon moved strategically into this area by buying Like A Shot Entertainment, which has never had a primary commission, is hugely successful and sells shows such as Abandoned Engineering into multiple territories.

From our experience at Argonon Group, these are my top tips for what works, what doesn’t and the elements you need to consider if you’re looking to make the most of distributor-led commissions:

Trying to service several broadcasters in one go may make the editorial process more challenging. Different broadcasters have different tastes and generally expect delivery at different times. You are also likely to need to deal with a number of languages. Planning this out in advance is critical to ensure you remain on budget and on time, and deliver what each customer expects. It is important to push back on unreasonable editorial requests – the reduced tariff a broadcaster is paying should equate to less onerous editorial requirements.

Working with the right distributor for wholly distributor-funded content is imperative. It is important they have a track record in the genre you are producing. Understand what they think is the sales potential for the show so that you are clear on what the return will be. This is particularly important when you are making the show at cost or with a deficit and are dependent on sales above an advance to make the production profitable. Offering an honest and realistic opinion is key.

Ensure you set an achievable budget and keep to it. With tight margins and the producer often taking some risk of return up front, it is important that the show is delivered on budget. An overspend could mean taking a production that is just about financially viable into a situation where you are losing money.

Some deals are multi-region and will prevent you selling independently into those territories. If your margin is low and pre-sales have carved out most territories, you need to question the viability of hitting the greenlight button. Understand when the secondary window will be available for the title in the various territories and assess whether, given the nature of the content, it is likely to get that second run.

The pound fluctuates and for any funding in currency, it is best to fix the rate with a bank to ensure you’ve got what you think you have. For foreign shoots and large currency costs, taking a similarly approach is sensible. This will help avoid overspends.

Laura Bessell joined Argonon Group as COO in 2013. She previously served as head of finance for Shed Media Group and as a financial analyst for BSkyB.