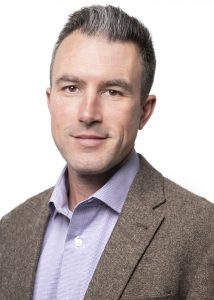 At Endemol Shine he will lead all day-to-day production efforts for both MasterChef and MasterChef Junior, as well as upcoming ABC series Family Food Fightand other Endemol Shine series in development.

Carr has formerly served as producer on several Endemol Shine programmes, including Deal or No Deal and Fear Factor.

“Brad brings with him a tremendous amount of experience and he’s someone I’ve worked with many times in my career and have a lot of trust in,” said Rob Day, EVP of production at Endemol Shine North America. “He’s already stepped right in and helping us keep our many shows on track.”

Carr added: “I’m thrilled to be back working with the talented team at Endemol Shine. The slate of high-quality programs are not only great to watch, but exciting to produce, as well.”

In the past, Carr has served as line producer on titles such as Wipeout (ABC) and Coolio’s Rules (Oxygen) and a production manager on Kid Nation (CBS), Extreme Makeover: Home Edition (ABC) and Hey Paula (Bravo).