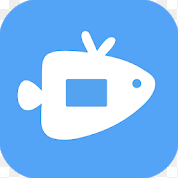 Vidfish’s content library is already available in more than 190 countries. Building from a soft launch, the Vidfish app now has 150,000 registered users, with the average user spending about 36 minutes per session, according ot the company

The company aims to attract worldwide users who are interested in licensed streaming of high-quality Chinese video content. Most of the content comprises TV shows and movies spread across a variety of categories, from comedies, romance, palace, thriller, family and modern life to horror.

Vidfish is working on adding English and other local language subtitling to serve a global audience, as well as incorporating more features such as in-app chat, viewer rewards and offline downloading. Vidfish’s entire content library is available to viewers for a small monthly fee.

VUO Coin will also integrate blockchain-supported reward programmes for users by allowing them to comment, share and rate videos.

Amie Hu, Co-founder of Vidfish said, “Vidfish is like a Chinese language Netflix, providing thousands of hours of Chinese entertainment that can be watched anytime, anywhere. Southeast Asia is our current largest market, but we are aiming to attract a global audience, which includes an audience of over 50 million viewers of Chinese language video content outside of China. We are targeting to have one million users by 2019.”

Of the blockchain plan, she said: “This next step in our development will bring all the stakeholders of the Vidfish and VUO Coin community together. Everyone from users, content providers to celebrities will benefit from the ‘Vidfish Powered by VUO’ video-streaming model, celebrity engagement, and peer-to-peer engagement services.”