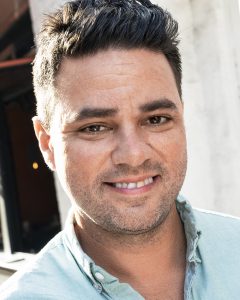 McTeague will report directly to Optomen president Maria Silver and be based in the company’s New York office.

He will work closely with LA-based senior VP Ricky Kelehar who relocated earlier this year to establish a West Coast office for Optomen and help oversee the launch of Optomen Entertainment, a division focused on formats and game shows for global production.

In his new role, McTeague will be tasked with generating new character-driven docuseries and creating original formats for both US broadcast and cable networks.

McTeague arrives at Optomen from Big Fish Entertainment where he served as head of development and executive producer on series such as Live PD, Hustle and Soul and Tattoo Girls.

The exec began his career at MTV where he developed and produced multiple series including Made, House of Style and Human Giant.

“George is a well-respected developer with a track record for successful programming with strong and unique voices,” said Silver. “With his finger always on the pulse, he’s the perfect addition to our New York team as we continue to prioritize premium cable programming on the east coast.”

McTeague added: “I’m very excited to work alongside such a strong development team at Optomen, and continue to strengthen such a unique brand.”