Lionsgate International television and distribution president Peter Iacono is to depart the company, with Agapy Kapouranis succeeding him. 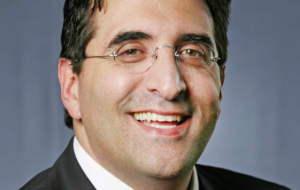 Iacono is to leave the studio to become CEO of TravelCadabra, his own internet travel, entertainment and e-commerce platform   which he says will launch in early 2019 and has secured “up to US$10m in initial funding”.

The exec has been part of the Worldwide Television & Distribution group for nearly ten years, leading all international distribution, acquisitions, sales and marketing for Lionsgate’s television and catalogue feature slate.

Kapouranis was promoted by Lionsgate president of the Worldwide group Jim Packer, to whom she will report.

She has been with Lionsgate for seven years, so far structuring a broad range of complex global and regional licensing deals encompassing the company’s films, television series, including alternative programming formats, and Starz original programming, to a broad range of digital and linear platforms around the world.

Kapouranis was most recently executive vice president of worldwide subscription video on demand.

“Having an executive with experience in all forms of global distribution such as Agapy gives Lionsgate an advantage as we continue to navigate a dynamic and fast-changing environment with our growing and evolving portfolio of content,” said Packer.

“She is the ideal executive to carry Peter’s leadership of our international team into the future. Peter is a great international sales and marketing executive who has helped lead the charge as we’ve built a robust network of digital and linear relationships around the world. We wish him the very best in his entrepreneurial endeavors.”