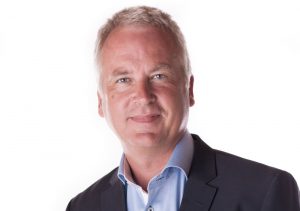 The letter, which has been shared with TBI, comes in response to China being named “Country of Honour” for MIPCOM despite numerous IP theft claims by international producers in recent years.

Most recently, at MIPTV, South Korean producer CJ E&M claimed Chinese digital platform iQiyi had ripped off its talent show Produce 101, while the UK’s Twofour alleged that Zhejiang Television’s China Dream Show had lifted a major format beat from its hit show This Time Next Year.

The letter reads: “When there is no free exchange of content, and one side does not recognize the inherent value of outside content creation, yet insists on selling and not buying, it can result in misunderstanding, confusion, distrust and bad business practices that harm the entire industry.

“All of us attend the markets such as MIPTV and MIPCOM for the primary purpose of promoting and selling the IP that we and our partners have created.  If a major territory does not respect this business model, we all suffer the consequences.”

FRAPA has requested to jointly organize a conference or panel discussion with Reed Midem that will feature “relevant stakeholders from both Chinese authorities and companies, along with a delegation of interested Western and other Asian companies attending the market.”

“It is our prescribed desire to foster an open dialogue that might lead to open trade and resolution of serious infringement issues facing our community,” reads the letter, which is signed by FRAPA co-chairman Jan Salling (pictured) and managing director Bianca Rootsaert on behalf of the organisation’s members.

Salling told TBI separately that “many FRAPA members are angry that [Reed Midem] is taking China’s money while knowing that some broadcasters and platforms are stealing their IP. China being made Country of Honour at the world’s largest TV festival feels like a slap in the face for them.”

He added that “We need to have business going both ways. They only want to export, and have no interest in importing. That’s not a fruitful way to move forward.”

Most recently, China’s Radio and Television Administration cracked down on foreign current affairs titles, as well as some feature films and animation, outlawing foreign TV shows in their entirety for prime time slots, and revealing plans to enforce a 30% quota on streaming platforms for any imported content.

In 2016, China’s State Administration of Press, Publication, Radio, Film and Television (SAPPRFT) introduced regulations that limit nationwide broadcasters to airing only two adaptations of foreign formats a year in primetime.

FRAPA was set up in 2000 as an industry pressure group that lobbies for the legal recognition of format rights. Its members include Mike Beale, director of international formats at ITV; Andrea Jackson, CEO of Magnify Media; and Hayley Babcock, head of formats at A+E Networks.

Speaking on behalf of Reed Midem, director of entertainment Jerome Delhaye has told TBI that the organization will “talk with FRAPA to see what they have in mind” around an open forum at “future events”.