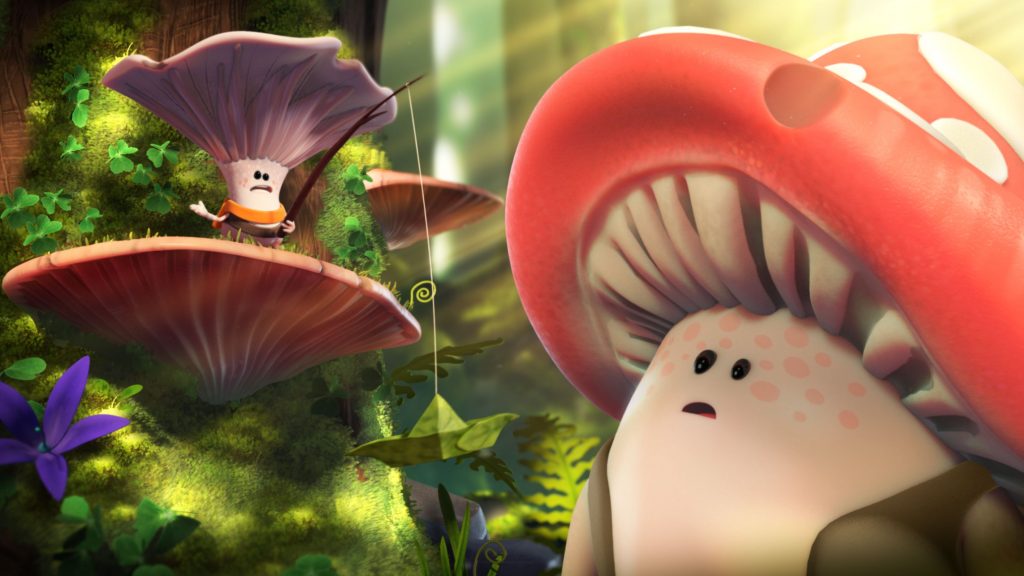 Mush-Mush and the Mushables follows the forest adventures of Mush-Mush, his best friends Chep and Lilit and the rest of the Mushable community.

Created by Flemish artist Elfriede de Rooster, Mush-Mush and the Mushables is produced by Perrine Gauthier and directed by Joeri Christiaen (My Knight and Me).

Ed Galton, CCO and managing director of Cake, said: “Perrine, Joeri and their team are bringing to life the original drawings to create an engaging warm-hearted series about a community of loveable mushrooms and their funny adventures that children everywhere will enjoy.”