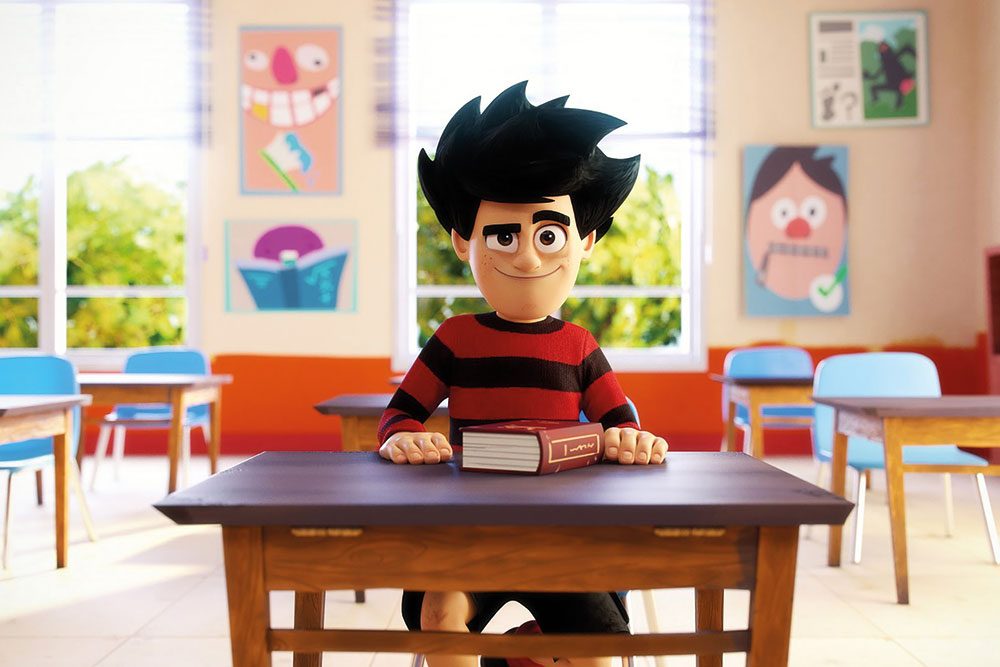 Beano Studios’ Dennis & Gnasher Unleashed has sold to nine territories, including Rai in Italy, France Televisions and RTE in Ireland.

Joining the European broadcast trio and via deals made with distributor Jetpack Distribution, Dennis & Gnasher will now also air on Emirates Cable in the UAE, VTMKids in Belgium, TV Derana in Sri Lanka, TVNZ in New Zealand and ClanTVE in Spain.

The title already airs on free-to-air public service broadcasters CBBC in the UK, Super RTL in German, SIC in Portugal, YLE in Finland, HSCC 8 in Israel and ABC in Australia.

The first series comprises 52 x 11-minute episodes and centres on Dennis, the irrepressible rebel hero and his amazing group of fearless friends. Dennis and his cheeky pet dog Gnasher are joined by Rubi, JJ, Pieface and his pet potato Paul and together they get in all sorts of scrapes and take on every challenge.

Beano Studios’ CEO, Emma Scott says: “It’s incredible to be working with the top broadcasters across so many territories around the world. This gives us a platform to launch Dennis& Gnasher Unleashed in many new countries for the first time and expand our licensing strategies internationally.”

Jetpack’s CEO, Dominic Gardiner, says: “We’re delighted, but not surprised, by the massive global interest in Dennis & Gnasher Unleashed. This is a show where kids are empowered and fight for their kid-centred world view. They are independent, and this is very powerful for kids right now. Series one also showcases a new CGI look and feel which further strengthens its appeal to global broadcasters and audiences.”