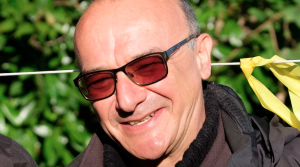 He will oversee the work of Emma Yap, who was hired from NBCUniversal as development producer in June.

Prior to CBBC, Wolfman spent a number of years in development as a producer for Talent Television and Talent Kids, where he worked across a wide range of genres and formats. During this period he produced Skatoony for Cartoon Network — a series that eventually became My Phone Genie — and devised the 96-episode reality game show Best of Friends for CBBC.

Allan said: “I’ve worked with Jonathan for years and know from first-hand experience that his understanding of YA audiences in second to none. As we begin to realise our creative ambitions, we need not only a safe pair of hands, but ones that are also highly skilled in the art of YA concept development. Jonathan not only brings this to Bryncoed but also a mind brimming with wild, weird and wonderful ideas.”

Wolfman added: “I can’t think of a better opportunity than reuniting with Foz and helping him to develop smart, accessible content for YA audiences. I’ve been working on a couple of screenplays for Foz, so it seems a natural step to become fully involved with Bryncoed, driving not only my own projects from script to screen, but also helping to shape the company’s development slate. Mark my words — Bryncoed is one to watch.”