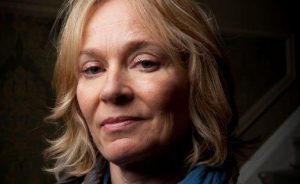 Genial will focus on returning comedy and comedy drama series.

Both Clarke-Jervoise and Nye have defined comedy backgrounds, with the former having previously served as head of comedy at BBC, while the latter is the scribe of hit titles such as The Durrells.

Nye’s work has spanned theatre, sitcom, drama, adaptations, animation and film. Meanwhile Clarke-Jervoise has produced and developed some of the UK’s most successful comedy including Harry Enfield & Chums and The Catherine Tate Show.

Maxine Gardner, finance director of ITV Studios UK, will take a seat on the Genial Productions board and provide support to Genial during its start-up phase.

ITV Studios Global Entertainment (ITVSGE) will be Genial’s distribution partner for all original formats created under the banner.

Julian Bellamy, managing director at ITV Studios, said: “Simon and Sophie have an enviable record of creating, writing and producing some of the best loved, most famous comedy and comedy drama of the past twenty years. They are fantastic creative talents and we look forward to working with them and watching Genial Productions thrive”.