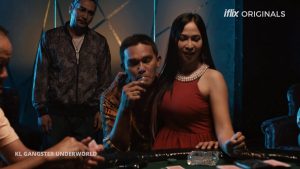 Malaysian SVoD iflix is ramping up its originals drive, with plans to quadruple its slate for 2019 with 50 new originals.

The regional streaming service is to add around 12 TV programmes and 30 films, in addition to music and sports programming, including Malaysian football.

The platform’s short-form production arm Studio 2:15 will also produce 2,500 episodes, which will be free to watch on the service.

Iflix will link with local celebrities and YouTube influencers for various short-form originals, that will sit under the iflix Snacks banner.

The platform, which has more than 15m subscribers, entered the original programming space last year.

The business said that its original crime drama KL Gangster: Underworld, which was spun off from a Malaysian feature film franchise, saw a completion rate of 70% during its first week of release. It also achieved a 24% audience share on iflix Malaysia.

Meanwhile, another film-to-TV original Magic Hour: The Series is said to have out-performed US series The Flash and Korean drama Goblin in Indonesia.

Global director of original programming Mark Francis said: “Pushing boundaries both through the creative process and challenging the status quo in local programming, is at the heart of our Originals strategy. The 2019 slate will tackle new challenges, including scaling success in markets where the talent pool is still shallow. We will continue to explore new genres, capitalise on unpredictability and take [calculated] risks. This game is part witchcraft, part chemistry.”

“We see combining outstanding local formats, top local talent, and leveraging on local knowledge and creativity as the key to creating truly unique content in each market,” he said.