Mediaset is moving towards a sale of its pay-TV unit Mediaset Premium to Sky before the end of this year, according to CEO Pier Silvio Berlusconi, who has also said that the media group is working towards a broader pan-European alliance or combination.

Speaking to Italian press at the launch of the new season of Mediaset’s Rete4 channel, Berlusconi said that it was likely that Mediaset would go ahead and exercise its option to sell the platform to Sky.

In April, Mediaset struck a wide-ranging pay TV deal with Sky that put an end to speculation about a possible rapprochement with Vivendi, the French media giant with which the Italian broadcaster spectacularly fell out in 2016. 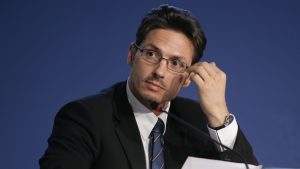 The reciprocal agreement saw Sky Mediaset Premium channels available to its satellite customers, along with a raft of on-demand content. The agreement also saw the pair collaborate closely in digital-terrestrial transmission, with the creation of a combined DTT offering.

The agreement also included an option for Mediaset to sell its pay TV platform to Mediaset, something analysts expected it to go ahead with following its failure to secure premium Serie A football rights, and focus on the supply of premium channels only.

Berlusconi said that Mediaset was also working towards a “large and complex” European-level deal, without giving further details.

The Mediaset chief’s comments follow speculation about the company’s future intentions and the possibility of creating a pan-European broadcast organisation that would be better-placed to take on the might of web giants such as Netflix and Amazon.

Mediaset’s previous attempt to forge an international alliance, with Vivendi, came unstuck when the French outfit pulled out of a plan to acquire Mediaset Premium andcalling for a renegotiation of the deal amidst claims that it had not been given the full facts about the pay TV unit’s true financial situation.