The European Parliament has approved controversial copyright reform proposals that will see web companies forced to pay for the work of artists and journalists that appears on their sites.

The reform, which will give film and TV writers the opportunity to secure more income from internet companies, has been welcomed by groups representing artists and writers such as French copyright collection societies SACD, ARP and SRF, which in a joint statement said the Parliament’s vote was a “sign of a Europe that is moving forward and does not intend to become a digital colony incapable of implementing polices in favour of culture in the digital era”. 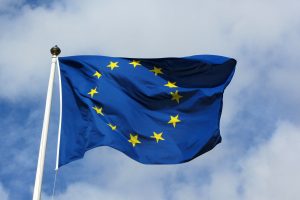 The copyright societies said that the reform would secure the right in the EU to a “proportional remuneration” for writers and artists that “only exists today in some countries” and urged EC president Jean-Claude Juncker and digital commissioner Mariya Gabriel to support the parliament’s position.

A final decision on copyright reform will come after negotiations between the parliament, the EC and national governments represented by the European Council – the ‘trilogue’ procedure that precedes the finalization of EU legislation.

The proposals adopted by the parliament have undergone some changes since the parliament rejected an initial version proposed by its own legal affairs committee in June.

The two articles have been roundly condemned by internet advocates such as Wikipedia founderJimmy Wales and world wide web creator Tim Berners-Lee, who urged a rethink, and by internet giants, which lobbied intensively for a watering down of the proposals.

The parliament approved measures exempting “small and micro platforms” and accepting that hyperlinks “accompanied by ‘individual words’ can be shared freely”. Non-profit encyclopedias including Wikipedia and open source software platforms such as GitHub are also exempted.

“I am very glad that despite the very strong lobbying campaign by the internet giants, there is now a majority in the full house backing the need to protect the principle of fair pay for European creative,” said parliamentary rapporteur Axel Voss after the vote.

“There has been much heated debate around this directive and I believe that Parliament has listened carefully to the concerns raised. Thus, we have addressed concerns raised about innovation by excluding small and micro platforms or aggregators from the scope.

“I am convinced that once the dust has settled, the internet will be as free as it is today, creators and journalists will be earning a fairer share of the revenues generated by their works, and we will be wondering what all the fuss was about.”

EC vice-president Andrus Ansip and digital economy commissioner Gabriel welcomed the parliament’s vote in a joint statement as “a strong and positive signal and an essential step to achieving our common objective of modernising the copyright rules” and said that the EC was ready to work with the parliament and Council to secure approval of a new copyright directive, ideally before the end of the year.