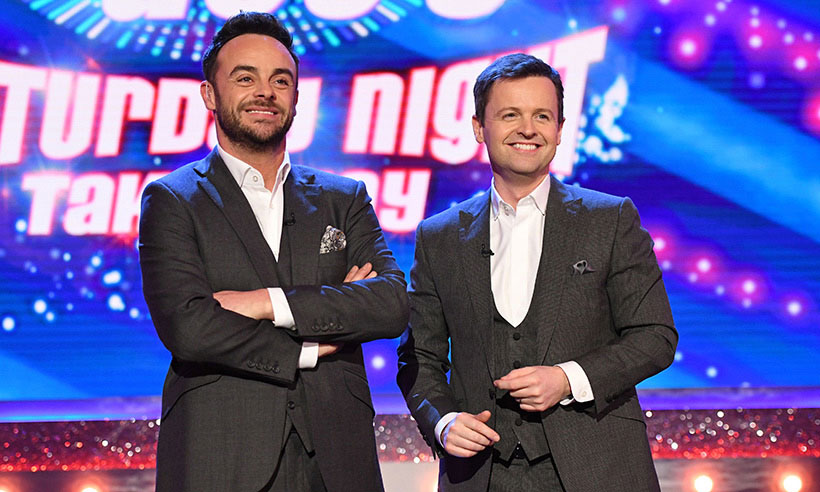 ITV’s Saturday Night Takeaway is getting an Australian remake.

ITV Studios Australia is to remake the popular variety show for Network Ten, which will retitle the programme as Sunday Night Takeaway.

It will be hosted by Chris Brown and Julia Morris, who present the Australian version of I’m A Celebrity…Get Me Out Of Here!

Created in the UK by ITVS Entertainment, the Ant and Dec-fronted Saturday Night Takeaway has run for 13 series on ITV and has been produced in a further 10 territories including the US, China, Germany and Brazil.

ITV is resting the UK show next year, as troubled co-presenter Ant McPartlin continues his hiatus from presenting, following his March arrest on suspicion of drunk driving. It will return in 2020.

Meanwhile, ITV Studios France is to produce I’m A Celebrity… for French broadcaster TF1, which previously aired a local version of the programme in 2006.

Created in the UK by ITVS Entertainment, I’m a Celebrity… Get Me Out Of Here! has run for 17 seasons on ITV, and has been produced in a further 10 territories including the US, Germany, India and the Netherlands.

Elsewhere, ITV’s celebrity ice-skating format Dancing on Ice is currently in preproduction in Germany and is produced by ITVS Germany for SAT.1 (ProSieben).