All3 hires Tim Pastore as US CEO 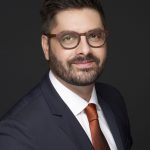 Pastore will report to Jane Turton, All3Media CEO, and assume his role on October 1.

All3’s US arm is comprised of 28 production companies with bases in Los Angeles and New York. Current hit titles include Undercover Bossfor CBS, United Shades of America for CNN and 24 Hours to Hell and Back with Gordon Ramsay for Fox.

The exec is also credited with launching the channel’s feature documentary strand under the National Geographic Documentary Films banner. Hit titles on the channel include Leonardo DiCaprio’sBefore the Flood and Emmy-winner LA92.

Earlier in his career as a vice president at BBC Worldwide, Pastore created the hit series Life Below Zero, and while at Discovery Channel, Pastore was the first executive producer of Gold Rush, Dual Survival and Flying Wild Alask”.  He also received two Emmy nominations for his work on hit series Dirty Jobs and Deadliest Catch.

Turton said: “Tim’s reputation as a business leader and his track record as the creator and producer of high quality and popular TV is incredibly impressive.  I’m really excited at the prospect of working with such a talented executive and believe that Tim is the perfect person to lead All3Media America as it continues to grow from strength to strength.”

Pastore added: “The opportunity to work with a global leader like All3Media and its expansive roster of inspiring creatives and companies is an honour.”