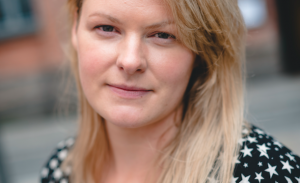 O’Hara will assist the development of a wide range of high-end scripted drama and comedy across a variety of formats from conception through to production.

The new exec will be tasked with discovering new and emerging talent and identifying projects that will further enhance the Duck Soup brand.

Prior to her position at Duck Soup, O’Hara was the iFeatures executive at Creative England, where she was responsible for the design and running of iFeatures, the UK feature film development initiative.

She has also held a position as a development executive at eOne, where she worked with numerous writers and production companies developing original programmes for international broadcast.

Libby Durdy, creative director at Duck Soup, said: “We are very pleased to be welcoming Kate to Duck Soup.  She has fantastic talent relationships and an eye for great ideas.  We are looking forward to her creative input on our existing projects and enthusiasm for new connections as we build our slate and embark into production.”

O’Hara added: “I’m incredibly excited to be joining the Duck Soup team working across their diverse slate of projects. They are already working with some brilliant writers and directors and I am looking forward to bringing additional connections with some of the brightest new, emerging and established talent in the UK.”

In 2017, Fremantlemedia invested in Duck Soup Films by taking a 25% stake in the UK indie.