YouTube Premium has given a pilot order to half-hour comedy It’s A Man’s World, produced by Christina Wayne’s Assembly Entertainment in association with ITV Studios America. 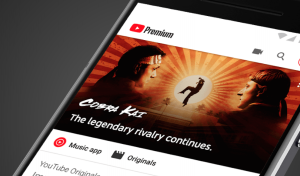 The pilot is written by Theresa Rebeck (NYPD Blue) and will be executive produced by Wayne.

Jill Greenberg is the co-executive producer. Production will start this autumn.

It’s A Man’s World centers around Emma, a successful game design executive, and sole breadwinner for her family, who is used to dodging the landmines that come with being a woman in a male-dominated field.

When she gets fired without explanation and finds that she’s being blacklisted by everyone in her industry, Emma decides to dress as a man to get a new job and to continue supporting her family.

Since rebranding from YouTube Red earlier this year, the platform’s premium service has ordered a slate of titles by high profile talent including a half-hour comedy by Jordan Peele and Kirsten Dunst series On Becoming a God in Central Florida.