YouTube has ordered a half-hour sci-fi comedy from Oscar winning director Jordan Peele, as it steps up its originals strategy. 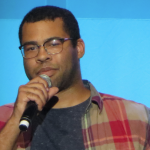 The six-episode series will debut exclusively on YouTube Premium in 2019.

Each episode of Weird City, co-written by Peele and Sanders, is an exploration of issues that pertain to present day life but it is explored in the metropolis of Weird in the not-too-distant future.

YouTube made a straight-to-series order of the six-episode series.

Adam Bernstein (Fargo) is set to direct two episodes. Jose Molina (The Tick) will serve as executive producer and showrunner.

The title will be produced by Peel’s Monkey Paw Productions, Sonar Entertainment, Mosaic and Raskal Productions.

Peele, Sanders and Bernstein will also serve as executive producers along with Win Rosenfeld who will exec produce through Monkeypaw, Tom Lesinski and Jenna Santoianni through Sonar Entertainment, Sam Hansen and Jimmy Miller through Mosaic and Keith Raskin and Linda Morel through Raskal Productions.

“We are thrilled to be in business with Jordan, Charlie and Jose, who have brilliantly created a highly entertaining satire that will be a timely send up of modern society,” said Susanne Daniels, global head of original content, YouTube. “We are excited to partner with Sonar Entertainment and all of the innovative storytellers behind Weird City to push boundaries and redefine what a comedy series can be.”

Earlier this week, YouTube also revealed that it has ordered Kirsten Dunst series On Becoming a God in Central Florida.

The content platform has amped up its originals strategy since the success of Cobra Kai. The title was the most demanded show ahead of titles such as Netflix’s 13 Reasons Why in the US in May.