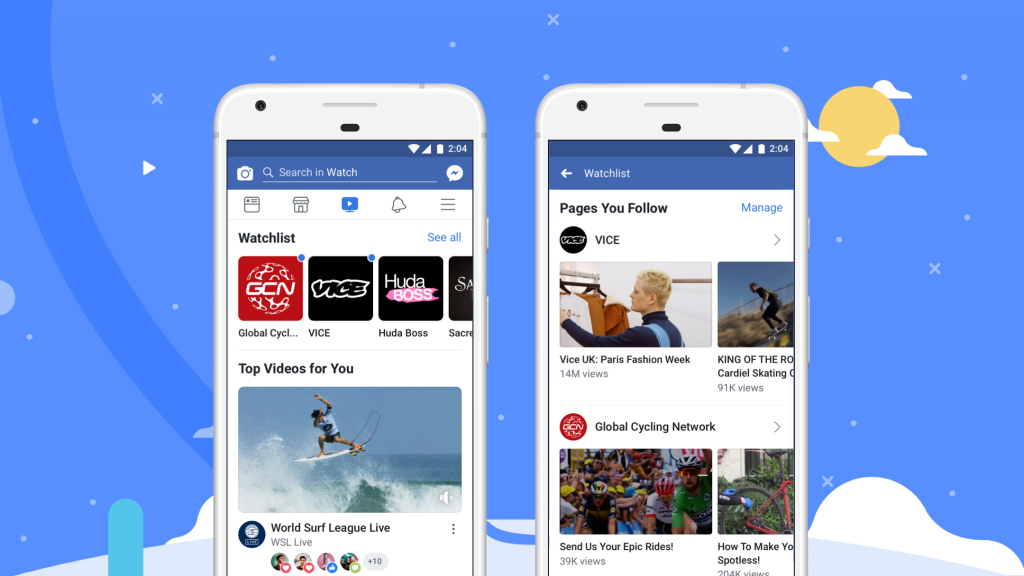 Facebook is to roll out its Watch service globally, one year after the service was launched in the US.

The service will immediately be available to all publishers and content creators, who can now publish content worldwide.

Facebook’s global rollout will also include a new feature: the platform’s Ad Breaks program will be stretched to the new service giving creators an opportunity to monetise their content.

So far, the Watch platform has reached 50 million viewers per month in the US, and the total time spent on the platform has increased by 14 times since the start of 2018, according to Fidji Simo, Facebook’s head of video.

Matthew Henick, Facebook’s head of content planning, strategy and media partnerships, said that localised programming with subtitles will become available on the platform as Watch is rolled out globally. Shows “with global appeal” will be a priority on the platform, according to the exec.

While the service will promote independent creators developing their own content, it will “continue investing in some original shows”, according to Henick.

During a press call on Tuesday, Simo and Henick stressed that Facebook wants to create a platform where video is not a passive experience.

Since launch, the company has attempted to make the experience social, making content easier to share with friends and creating shows with audience participation in mind.

This interactivity is what will set the Watch platform apart from the large array of streaming platforms available at the moment, according to Henick.

Simo also explained that the global roll out has taken some time to launch as the company wanted to focus on making a single territory a success before international launch. She also said the company wanted to expand its Ad Breaks service at the same time, to ensure content creators had a way to monetise their videos.