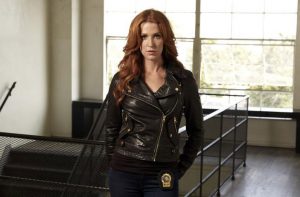 ABC has gone straight to series on a 13 episode drama series starring Poppy Montgomery. The show, Reef Break, is produced by ABC Studios and ABC Studios International in partnership with M6, and will air on ABC in the US and M6 in France. Disney Media Distribution holds international rights to the series.

Reef Break is set on a Pacific Island, and will focus on Montgomery’s character as she becomes enmeshed in ‘fast-paced, high octane adventures and island intrigue.’ Montgomery will serve as executive producer, while Ken Sanzel, will write the series as well as serve as showrunner.

“ABC Studios International is very excited to be in business with Poppy Montgomery and Ken Sanzel, the dream team behind this fantastic new series.  We anticipate a series that will engage audiences around the world and are thrilled to work with our partners, M6 and ABC Network on this truly global initiative,” said Keli Lee, MD, international content, platforms and talent, ABC Studios International.