Viacom promotes Jesper Dahl to VP of VIMN in the Nordics 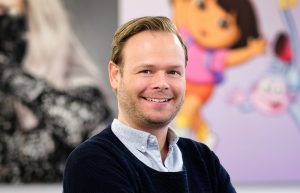 Dahl, who joined Viacom in 2005, is due to take up his new role on October 1, reporting to James Currell, President of VIMN in the UK, Northern and Eastern Europe.

“With OTT penetration at an all-time high in the Nordics, we’re at a very exciting phase in the evolution of content consumption,” said Dahl.

“The delivery of strong content and innovative solutions that meet the needs of both our partners and consumers is more important now than ever, and I’m looking forward to driving forward our ambitions in the SVOD space and further strengthening Viacom’s go-to-market offering.”

Dahl most recently worked as VIMN’s vice president of content distribution and sales, where he was focused on strategic growth and distribution opportunities in the Nordics, including the launch of streaming service Paramount+.

Currell said: “I’m delighted that Jesper is set to take the helm for us in this important market and that we have such breadth of talent to draw on from within Viacom, following Andrea’s departure, who leaves the business in great shape.”