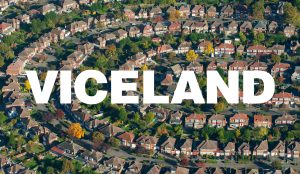 Vice Media and Bell Media have paired for a ‘long-term, far-reaching’ agreement to bring Vice programming to Canadian viewers.

Through the agreement, Bell Media will become the exclusive Canadian broadcast home to new original programming from Vice’s US linear network, Viceland, along with hundreds of hours of library Vice programming, all debuting on multiple Bell platforms in autumn 2018.

Bell Media has acquired the TV, digital, and SVOD rights to over 650 hours of Vice library programming, including titles such as Gaycation and What Would Diplo Do?.

Both companies will also explore co-production opportunities for Bell Media platforms in Canada and Vice platforms around the world. Today, The Movie Network (TMN) has commissioned the sequel to Vice doc Dopesick, titled Dopesick2: The Future of Addiction.

The two companies will also form an advertising sales relationship that will see Vice and Bell combine their capabilities to bring multi-platform solutions to clients.

“We are thrilled to announce such a multi-faceted, far-reaching deal with Bell Media,” said Naveen Prasad, president of Vice Canada. “They share a similar vision and have the added platforms and reach to enhance Vice’s various lines of business in Canada, whether it be our studio, digital media or creative agency.”

Randy Lennox, president at Bell Media, added: “With its new leadership, re-energised programming slate, and US deal with Hulu, we are thrilled to welcome Vice to Bell Media in Canada. We see great opportunity with this new partnership and are very motivated for an exciting future with Vice.”

The news arrives after Vice Canada and Rogers Media ended their three-year partnership this January. The breakup of the JV has meant that there has been no Vice programming available in Canada since March 31.