UKTV has teamed up with British Bake Off star Paul Hollywood for a brand-new travelling cookery show Paul Goes to Hollywood. 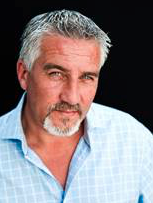 The new series will follow Hollywood on a road trip across the USA. It will launch in 2019 on a leading pay TV channel, Good Food, and will also air on W.

Produced by Denham Productions, the title will be distributed by Bomanbridge Media.

It combines Hollywood’s passion for baking, biking, and movies, as he journeys across the continent on a Harley Davidson. The 3000-mile tour will take the presenter to culinary locations inspired by some of the most iconic films.

Kirsty Hanson, commissioning editor at UKTV, said: “We are thrilled to be working with Paul Hollywood on this perfect combination of the nation’s love of travel, film and baking. This series is packed full of adventure and fun and will make an excellent show for both film fans and foodies.”

Vicky Walker, channel director for Good Food, added: “This is an exciting new look at food in the USA and the influence that Hollywood movie culture has had on its cuisine. This adventure with Paul Hollywood will be a brilliant addition to Good Food’s growing slate of new shows.”