Pilgrim Media Group has inked a production deal with Michael Canter (left) and Jeff Krask (right), the executive producers behind iconic game shows such as Family Feud, The Newlywed Game, Deal or No Deal and ABC’s Child Support. 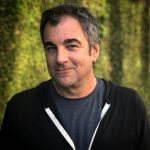 Operating from Pilgrim’s offices in North Hollywood, Canter and Krask will work closely with Pilgrim’s chief creative officer Johnny Gould and the VP and head of development Nicole Silveira.

Together they will develop and produce an array of projects for broadcast, cable and digital platforms, from new game show and competition formats, to other unscripted content.

The first two series to emerge from the deal are already set up at a broadcast network.

Craig Piligian, Pilgrim’s founder, said: “Michael and Jeff deliver tremendous expertise in game show development, and a track record of hits across a range of genres. We’re excited to unite our creative efforts and look forward to collaborating on numerous projects in the game and competition space, and beyond.” 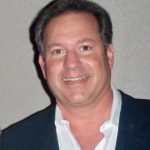 Some of the shows they developed and executive produced include 1 vs. 100, Winsanity and Divided for GSN, as well as Big Fan for ABC, Spellmageddon for ABC Family and Hip-Hop Squares for MTV2. Further projects include The Dating Game, The Mole, ABC Family’s My Life is a Sitcom, truTV’s Killer Karaoke, and MTV’s Singled Out