BBC First to launch in Poland

BBC Studios’ premium British drama channel, BBC First, is due to launch in Poland in October. 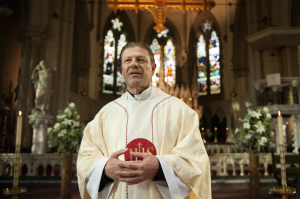 The linear TV channel will replace BBC HD and be available in the country via DTH satellite, cable and IPTV providers alongside BBC Brit, BBC Earth, BBC Lifestyle, CBeebies and BBC World News.

The launch will make the full BBC channel portfolio available in Poland from the first time from October 26, with BBC First to be available with English and Polish subtitles.

The channel will launch with a number of acclaimed series, including territory premieres of Sean Bean drama Broken (pictured) and psychological thriller Paula. It will also air crime series Unforgotten and all new series of Doctor Who.

“We’re living through a golden era of British drama with outstanding talent producing some of the very best television in the world,” said Jacek Koskowski, general manager and vice president for Poland, BBC Studios.

“Increasing the drama hours on BBC HD was integral to that channel’s recent growth and now we are going further by bringing viewers even more of what they want. Coupled with the addition of Polish and English subtitles for the first time, I’m delighted to be introducing a dedicated premium drama channel to Poland.”