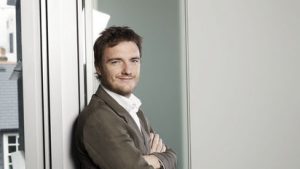 In the newly created role, Lee will have overall control of BBC Studios Production’s creative strategy in the UK. He will take up the new role, which reports to CEO Tim Davie, in October, and will sit on BBC Studios’ executive committee.

Lee will also work closely alongside Anna Mallett, managing director of production, who will have overall accountability for BBC Studios Production’s operations and P&L, as well as international production and formats.

Davie said: “We are delighted to welcome Ralph to BBC Studios.  His passion for programmes that are intelligent, unexpected and entertaining is plain to see – and he brings a proven ability to understand what audiences want, and to partner with creatives to deliver it.”

Lee added: “I am thrilled to be joining BBC Studios at such a key point in its journey, off the back of its commercial debut and recent merger.  With depth and richness across multiple genres, BBC Studios already has fantastic creative credentials, and I am looking forward to working with everyone there to realise our future ambitions and take our output from strength to strength.”