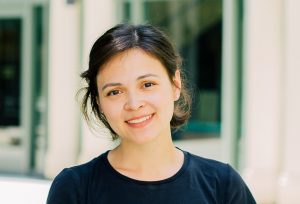 Pilgrim Media Group has snapped up TV and film rights to one of the summer’s breakout romance novels, The Kiss Quotient.

The debut novel from author Helen Hoang (pictured), has enjoyed “excellent” sales since publication in June, and is currently in its fifth printing.

Published by Berkley Jove Trade Paperback Originals (an imprint of Penguin Random House), it tells the story of the romance between a high achieving Silicon Valley mathematician with Aspergers syndrome and a handsome escort. Hoang, who herself has Aspergers, has boosted the book’s profile among publishers and media.

Mary Alice Kier and Anna Cottle of Cine/Lit Representation handled the rights negotiations for The Kiss Quotient on behalf of Kimberly J. Lionetti of BookEnds Literary Agency, the literary agent for Helen Hoang. David Harris and Christine Luu brokered the deal for Pilgrim.

Pilgrim has made a number of successful scripted properties in recent years, including Lifetime original movies Amanda Knox: Murder On Trial In Italy; Abducted: The Carlina White Story, which earned a 2012 NAACP Image Award; and Freeform drama series Recovery Road, a “Romeo & Juliet” story set in a sober living facility