HBO Europe has appointed ITV Studios’ Camilla Curtis and Calle Cruzada’s Patricia Nieto to its originals team, as it expands its production activities in Europe. 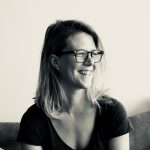 She started in the industry as a runner and worked in production, before moving into script development ten years ago at the UK’s ITV Studios. There she worked on series such as Shetland, White Heat, The Jury and Vera.

Curtis will report to Steve Matthews, VP and executive producer of drama development at the company.

Nieto is production executive of original programming at HBO España, based in Madrid. She joins from production company Calle Cruzada where she worked on television projects such as Dark Tower, The Last Amazon and The Edge.

Earlier in her career Nieto was a production co-ordinator, production manager and line producer on many films, working with leading directors such as Ridley Scott, Jim Jarmusch and Roman Polanski.

“I’m delighted Camilla and Patricia are joining us at this exciting time. Their skills and experience will be invaluable to our growth.”

HBO Europe has been producing local drama in the Czech Republic, Hungary, Romania and Poland since 2010.  In 2016 it expanded production activities to Scandinavia and Spain, and in 2017 to the Adria region.